Decoloniality is an intellectual program aimed at rolling back the mechanisms of coloniality that made borders significant and, thus, weaponized them to the extent that physical borders translate to intellectual borders. Such borders created the false impression that philosophical insights cannot be gleaned from the African place and imposed Western philosophies in the curriculum of African universities instead. With the shift to reinstitute African philosophies in the classroom, it is imperative that African metaphysics and epistemology are discussed, as they are basic to other branches of African philosophy. African Metaphysics, Epistemology, and a New Logic: Emerging Research and Opportunities is a critical research book on decoloniality in which conversational thinking and Ezumezu logic drive the process. It highlights and discusses philosophical insights that have been produced from the African place and critically and creatively engages the philosophical ideas and thoughts of some established African philosophers in keeping with the canons and themes of conversational thinking. The central idea is that African philosophy has come of age and that the various branches of this philosophy need to be developed on the bases of a home-grown method and suitable background logic in order to achieve decoloniality. Featuring a wide range of topics such as conversational thinking, ontology, and knowledge theory, this book is ideal for academicians, philosophers, conflict-resolution professionals, sociologists, researchers, and students.

Philosophy originates in wonder that generates aesthetic thinking. Can this thinking foster human well-being and develop our notions of history, hospitality, freedom, and the good life? The book presents the formative nature of aesthetic thinking and attests its relevance in many disciplines and a broad spectrum of society, e.g., border studies, education policy, and social work. The book appeals to scholars and students within the human and social sciences - but can also be relevant for practitioners such as teachers, pedagogues, and social workers.

Volume 11 brings together all of Dewey's writings for 1918 and 1919. A Modern Language Association Committee on Scholarly Editions textual edition. Dewey's dominant theme in these pages is war and its after-math. In the Introduction, Oscar and Lilian Handlin discuss his philosophy within the historical context: The First World War slowly ground to its costly conclusion; and the immensely more difficult task of making peace got painfully under way. The armi-stice that some expected would permit a return to normalcy opened instead upon a period of turbulence that agitated fur-ther a society already unsettled by preparations for battle and by debilitating conflict overseas. After spending the first half of 1918-19 on sabbatical from Columbia at the University of California, Dewey traveled to Japan and China, where he lectured, toured, and assessed in his essays the relationship between the two nations. From Peking he reported the student revolt known as the May Fourth Move-ment. The forty items in this volume also include an analysis of Thomas Hobbe's philosophy; an affectionate commemorative tribute to Theodore Roosevelt, our Teddy; the syllabus for Dewey's lectures at the Imperial University in Tokyo, which were later revised and published as Reconstruction in Philosophy; an exchange with former disciple Randolph Bourne about F. Mat-thias Alexander's Man's Supreme Inheritance; and, central to Dew-ey's creed, Philosophy and Democracy. His involvement in a study of the Polish-American community in Philadelphia--resulting in an article, two memoranda, and a lengthy report--is discussed in detail in the Introduction and in the Note on the Confidential Report ofConditions among the Poles in the United States.

What do human experiences of transcendence mean? Would investigating their mind-opening and world-transformative nature improve contemporary philosophy and theology? The book shows the importance of experiences traditionally categorized as religious or aesthetic for our understanding of, e.g., art, faith, prayer, presence, beauty, sensitivity, imagination, susceptibility, and divinity. The book appeals to scholars and students within theology and the humanities - but can also be relevant for practitioners such as priests, psychologists, and artists.

The Creation of Digital Materiality

The Wisdom of Youth

The Collected Works of John Dewey v. 13; 1938-1939, Experience and Education, Freedom and Culture, Theory of Valuation, and Essays 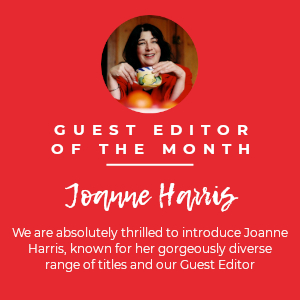