This ambitious and engaging book sets itself the task of combining a wide range of approaches to cast new light on the form and function of several ancient Jewish letters in a variety of languages. The focus of The Performance of Ancient Jewish Lettersis on applying a new emerging field of performance theory to texts and arguing that letters and other documents were not just read in silence, as is normal today, but were performed, especially when they were addressed to a community. A distinctive feature of this book consists of being one of the first to apply the approach of performance criticism to ancient Jewish letters. Previous treatments of ancient letters have not given enough consideration to their oral context; however, this book prompts the reader to listen sympathetically with the audience. The Performance focuses close attention on the ways in which the engagement of the audience during the performance of a text might be read from traces present in the text itself. This book invites the audience to hear a fresh reading of a family letter from Hermopolis, concerning ugly tunics and castor oil; festal letters, about issues surrounding the celebration of Passover, Purim and Hanukkah; a diaspora letter on how to live in a foreign land; and also an official letter concerning the building of the Jerusalem temple. These letters will help us understand a text from the Dead Sea Scrolls, namely, MMT. Marvin L. Miller argues for the centrality of performance in the life of Jews of the Second Temple period, an area of study that has been traditionally neglected. The Performanceadvances the fields of orality and epistolography and supplements other scholars works in those fields. 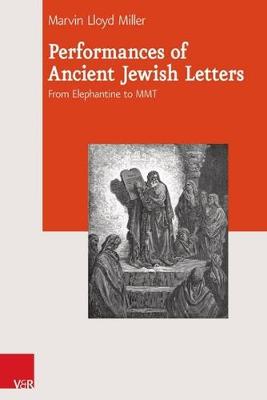