Evidence in the Age of the New Sciences

Evidence in the Age of the New Sciences Synopsis

The motto of the Royal Society-Nullius in verba-was intended to highlight the members' rejection of received knowledge and the new place they afforded direct empirical evidence in their quest for genuine, useful knowledge about the world. But while many studies have raised questions about the construction, reception and authentication of knowledge, Evidence in the Age of the New Sciences is the first to examine the problem of evidence at this pivotal moment in European intellectual history. What constituted evidence-and for whom? Where might it be found? How should it be collected and organized? What is the relationship between evidence and proof? These are crucial questions, for what constitutes evidence determines how people interrogate the world and the kind of arguments they make about it. In this important new collection, Lancaster and Raiswell have assembled twelve studies that capture aspects of the debate over evidence in a variety of intellectual contexts. From law and theology to geography, medicine and experimental philosophy, the chapters highlight the great diversity of approaches to evidence-gathering that existed side by side in the sixteenth and seventeenth centuries. In this way, the volume makes an important addition to the literature on early science and knowledge formation, and will be of particular interest to scholars and advanced students in these fields. 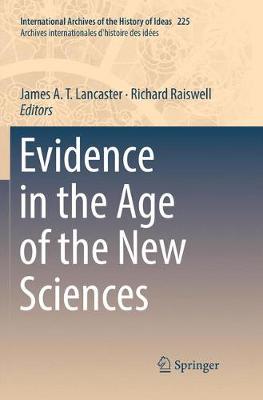 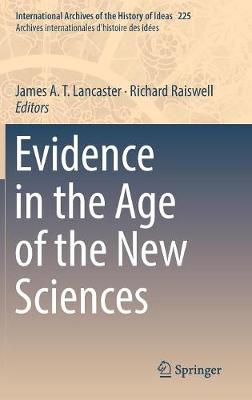 James A. T. Lancaster is an intellectual historian who received his PhD from the Warburg Institute in the University of London. He is currently a UQ Research Fellow at the Institute for Advanced Studies in the Humanities (IASH) and Affiliate Academic in the School of Historical and Philosophical Inquiry (HAPI) at the University of Queensland. Previously, he was a Visiting Lecturer and Teaching Fellow in the Department of History at Royal Holloway, University of London. As a member of the Editorial Board of the Oxford Francis Bacon critical edition, he has published articles and book chapters on the philosophical and ...