Part of the English Assassins Series

What would you do if your past came back to kill you? Read books 1-3 in the English Assassins series in this action-packed omnibus collection! Episode 1: Assassins Hunted Mother. Widow. Spy. Eva Delacourt has been in hiding for three years after her fiancee was assassinated in cold blood outside the British embassy in Prague. She thought she was safe. But someone in the mysterious Section has betrayed her, and now she's on the run for her life, sworn to protect the six-year-old boy she adores. Her enemies are closing in, and the odds are not in Eva's favour. For Eva, the nightmare is just beginning... Episode 2: Assassins Vengeance Spies. The best unreliable narrators that money can buy... Eva and her fractured team are on the run, desperate to find answers and uncover who has betrayed them from within the shadowy government organisation known only as the Section. Evading assassination in Berlin and Prague, Eva has had time to regroup and try to solve the mystery behind the attempts on her life. But her enemies are one step ahead of her, eliminating anything and anyone who stands in their way. Hell hath no fury like a woman who's been shot at and survived... twice Episode 3: Assassins Retribution Who spies on the spies? The net is closing in on Eva and her team, now on the warpath and seeking revenge. Old alliances are tested, new enemies are exposed, and somehow Eva has to stop a madman unleashing a weapon of terrifying consequences upon an unsuspecting population. The clock is ticking... About the English Assassins series: The English Assassins series is a new concept by acclaimed crime thriller author, Rachel Amphlett. Combining fast-paced thrilling reads with episodic delivery in the vein of TV shows 24, Alias, and Spooks, books 1-3 are a must-read for fans of Robert Ludlum, Vince Flynn, and Killing Eve's Luke Jennings. Episode 1: Assassins Hunted Episode 2: Assassins Vengeance Episode 3: Assassins Retribution

With the Assassins series, Rachel Amphlett proves her mastery of the fast-paced action thriller. Get ready for a hell of a ride. Zoee Sharp, bestselling author of the Charlie Fox thrillers From the opening paragraph, I was into the drama and by the end of the first chapter, I was hooked! Spy Guys and Gals Rachel Amphlett has released a new character into the world of spies and Eva gives Bond, Bourne and the others a run for their money Amazon reviewer An action-packed story full of interesting characters It's All About the Books Everything you'd expect from a gripping spy thriller... action-packed from the very first page and with nail-biting tension and a relentless pace! Novel Delights As explosive as any Dan Taylor book and due to the episodic nature, twice as intriguing... an intense and taut thrill ride Jen Med's Book Reviews In Eva, Rachel Amphlett has created a character that is the equal of Jason Bourne, right from the very first explosive introduction Goodreads 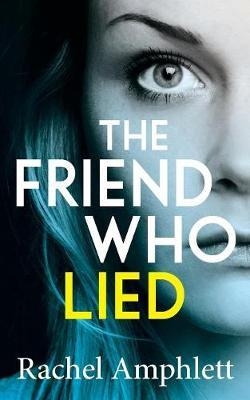 View All Books By Rachel Amphlett