'A remarkable anthology that shines a light on the overlooked interior lives of black women who have faced decades of political struggle. It is also necessary. Daughters of Africa was groundbreaking for bringing the tradition of black women writers to the fore. This new anthology has an increased urgency. We live in an age when old forms of bigotry are being revived. We also live at a time when there are increasing demands on our attention. It is easy to note only the splashiest debut, or a single voice that speaks for many marginalised people. Busby invites us to slow down, to read through a tradition that will lead us to fall in love with beautiful and insightful writers we might not otherwise encounter, and to be open to a wide variety of forms, themes and authors.'Imani Perry, Financial Times; '... possibly the most important anthology published in 2019, featuring some of the most incisive and visionary writing I've read in a long time. I can't think of anything else I've read this year that matches this for its scope and beauty.'Anthony Joseph, Wasafiri magazine; 'Olumide Popoola's elegant and lyrical prose is instantly engaging. Her complex work captures the atmosphere and the tempo of the racial tension in King's Cross. She is fascinated with the spaces in between culture and form, and she is adept at moving between Nigeria, Germany and the UK.'Jackie Kay, Guardian;'A vast and nuanced collection. Sometimes you need an anthology to remind you of the variety, strength and nuance of writing among a certain region or group of people. New Daughters of Africa is indispensable because African voices have been silenced or diminished throughout history, and women's voices even more so.'Sally Hayden, The Irish Times;'A great literary assembly put together for the purpose of reconstructing perceptions about Africa and her women, celebrating African women in literature and showcasing the dazzling range of their work.'Guardian Arts Nigeria;'This remarkable book constitutes a powerful affirmation of literary achievement, demonstrating that contemporary black women writers are part of a vital and extensive tradition. Just as significantly, the anthology brings these works into dialogue with one another, becoming a potent assertion of a collective identity that transcends political, religious, linguistic, regional and generational boundaries... The book's structure also helps the reader to discern subtle shifts in the way certain themes are represented over time... New Daughters of Africa demonstrates that this work does not exist in a vacuum. Black women writers have always had something significant to say to the world and to each other.'Times Literary Supplement;'Every Black home should own a copy of the book. The literary voices of Black women need to be heard even more urgently now.'John Stevenson, Black History 365;'New Daughters of Africa is a beautiful, essential anthology. It is both long-awaited and urgently needed; it recognises the individual voices and interwoven histories of every facet of womanhood. More than a work of political activism, more than a living archive, more than entertainment, it is a testimony to the shifting nuances of having African origins, and forms a conversation about a future that encompasses all of us. It belongs in every library, on every school and university curriculum and home bookshelf, and is a true celebration of the collective power of women's words.'Preti Taneja;'It has been a long time since a book created the kind of buzz and excitement which has surrounded New Daughters of Africa: An International Anthology of Writing by Women of African Descent. Reserve a special place for this one on your bookshelf, it's a must-have.'Samira Sawlani, African Arguments; 'New Daughters of Africa has introduced me to an enormously compelling body of works and writers that I had never heard of but are all worth reading... I found myself immediately engrossed in each woman's 'story', as Busby calls each of the extracts... they each have something profound to say and many pieces, albeit fragments of a larger piece, are also immensely moving... each extract serves as an enticement to look further into many of the writers' lives and works. One can ask for little more from an anthology so spilling over with such a wealth of history, hope, wisdom and talent.'Sydney Morning Herald;'Here is the book so many have been waiting for. The book to make sense of so many others.'New York Journal of Books;''With more than 200 black women writers in its 700 eventful pages, this inspiring collection punches above its very considerable weight. The result is great diversity within a supposed minority, a resounding statement of the infinitely rich life experience of the 'sisters' drawn from Africa and the Diaspora.' Echoes Magazine;'Jarrett-Macauley notes that Busby has turned reading English into something global, explosive and urgent. This is the joy and richness a reader will discover in this book: explosiveness, urgency, and a fantastic global literary encounter.'Professor Selwyn Cudjoe for Trinidad Daily Express

Margaret Busby OBE, Hon. FRSL (Nana Akua Ackon) is a major cultural figure in Britain and around the world. She was born in Ghana and educated in the UK, graduating from London University. She became Britain's youngest and first black woman publisher when she co-founded Allison & Busby in the late 1960s and published notable authors including Buchi Emecheta, Nuruddin Farah, Rosa Guy, C. L. R. James, Michael Moorcock and Jill Murphy. A writer, editor, broadcaster and literary critic, she has also written drama for BBC radio and the stage. Her radio abridgements and dramatisations encompass work by Henry Louis Gates, ... 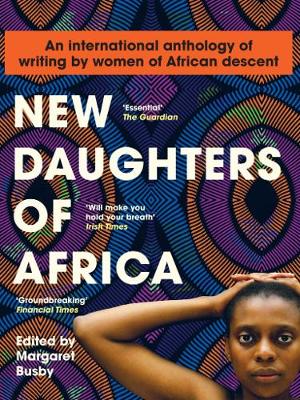 View All Books By Margaret Busby