The Writing on the Wall

The Writing on the Wall Synopsis

This is one of Scandinavia's top crime writers in the tradition of Henning Mankell. It was one of those days in February of which there are far too many, despite its being the shortest month of the year. February is the year's parenthesis. The tax forms have already been sent in and the tourist season has not yet started: there is nothing on the schedule. Greyish-brown slush lay in the gutters and the hills around the city were barely visible through the fog. Like the golden buttons on the waistcoat of a forgotten snowman, you could just make out the lights of the funicular up the hillside and the street lamps were lit even in the middle of the day...In this crime drama detective Varg Veum's adventures lead him into a dark world of privileged teenage girls who have been drawn into drugs and prostitution. The situation worsens when the local judge is discovered in a luxury hotel, dead and clad only in women's lingerie. Called in by anxious parents to look for a missing daughter and explain the judge's death, Varg finds clues that lead him only deeper into Bergen's criminal underworld.

The Writing on the Wall Press Reviews

'An intriguing reworking of an old idea' Time Out

Gunnar Staalesen was born in Bergen, Norway in 1947. He made his debut at the early age of twenty-two with Seasons of Innocence. In 1977 he published the first book in the Varg Veum series, an upmarket Scandinavian Philip Marlowe in true whodunit tradition. The Varg Veum novels are immensely popular and have been translated into twelve languages. Two of these have been published in English, All Wolves are Grey (Quartet) and Yours, Until Death (Constable). --This text refers to an out of print or unavailable edition of this title. 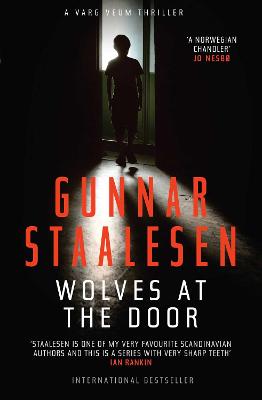 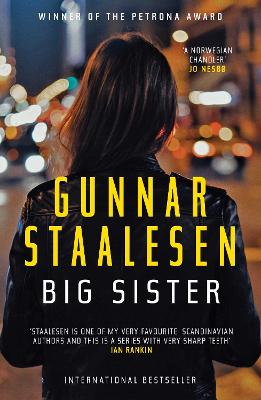