State of the Prisons

State of the Prisons Synopsis

In her third book of poems, Sinead Morrissey builds on the achievement of her award-winning collection, Between Here and There , by expanding the lyric into new territories and admitting new voices. The theme of imprisonment is variously addressed: in the actual prisons of eighteenth-century Europe; in the prison of our own limited perceptions of experience, particularly of other cultures when abroad; in the prison of the mortal human body itself. Alongside the intimate interiors of human relationships, the poems are also interested in broader discourses, particularly history, and range in scope from the Royalist convictions of a woman wearing a Scold's Bridle during England's interregnum, to the story of the number zero. Form and content, as well as the personal and the political, are blended throughout this collection with imagination and consummate skill. As in her previous two books, travel remains a source of inspiration: one exhilarating poem details, in nine 'chapters', a six-thousand-mile train journey across China in which the conflicting faces of a rapidly changing country jostle for space.The collection ends with a compelling act of ventriloquism, as Morrissey recounts, in the first person, the life and works of the great prison reformer John Howard, and details his vision for the moral regeneration of the corrupted human soul. 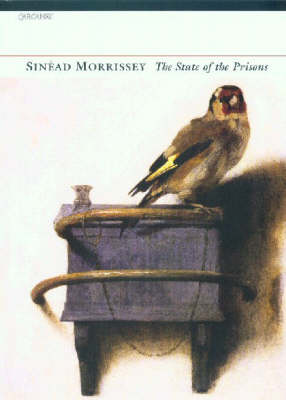 SINEAD MORRISSEY was born in Portadown in 1972 and read English and German at Trinity College, Dublin, from which she took her PhD in 2003. In 1990 she received the Patrick Kavanagh Award for Poetry and in 1996 she won an Eric Gregory Award for the manuscript of her first book, There was Fire in Vancouver (Carcanet, 1996). Her second book, Between Here and There (2002) was shortlisted for the T.S. Eliot Award. She lived and worked in Japan and New Zealand and now lives in Northern Ireland.

View All Books By Sinead Morrissey