The poems in The Farewell Glacier grew out of a journey to the High Arctic. In late 2010 Nick Drake sailed around Svalbad, an archipelago of islands 500 miles north of Norway, with people from Cape Farewell, the arts climate change organisation. It was the end of the Arctic summer. The sun took eight hours to set. When the sky briefly darkened, the Great Bear turned about their heads as it had for Pythias the Greek, the first European known to have explored this far north. Sailing as close as possible to the vast glaciers that dominate the islands, they saw polar bear prints on pieces of pack ice the size of trucks. And they tried to understand the effects of climate change on the ecosystem of this most crucial and magnificent part of the world. Nick Drake's new collection gathers together voices from across the Arctic past - explorers, whalers, mapmakers, scientists, financiers, the famous and the forgotten - as well as attempting to give voice to the confronting mysteries of the high Arctic: the animal spirits, the shape-shifters and the powers of ice and tundra. It looks into the future, to the year 2100, when this glorious winter Eden will have vanished forever. Many of the poems from The Farewell Glacier are included in ground-breaking High Arctic exhibition, installed at the National Maritime Museum in Greenwich from July 2011 to January 2012, which received substantial national publicity, including a feature on BBC Radio 4's Front Row and national press reviews. 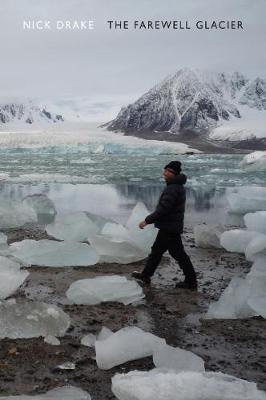 Nick Drake was born in 1961. He lives and works in London. His first book-length collection, The Man in the White Suit (Bloodaxe Books, 1999), was a Poetry Book Society Recommendation, won the Forward Prize for Best First Collection in 1999, and was selected for the Next Generation Poets promotion in 2004. From The Word Go was published by Bloodaxe Books in 2007. His recent projects include a stage adaptation of Philippe Petit's To Reach the Cloud; the screenplay for the Australian film Romulus, My Father, starring Eric Bana, which won Best Film at the Australian Film Awards; Success, a play for the National Theatre's ...