Maiden Speech was the debut collection by Eleanor Brown, a witty poet who writes powerfully of love, and hilariously of love's pitfalls, most notably in her much anthologised girlfriend's revenge poem, 'Bitcherel'. Shortlisted for the Mail on Sunday/John Llewellyn Rhys Prize.

Eleanor Brown's breathtaking debut collection... she displays the sharp wit of a Moliere, with graceful, cerebral rhymes that leave a bitter aftertaste. Ever insightful and enormously funny, she juxtaposes moving descriptions with killer punchlines. * Time Out * Rarely have I read so refreshing and engaging a first collection. On display are wit, wordplay and an exhilarating flexibility of rhyme and rhythm. Alongside a barmaid's address to the Lads is a succulent celebration of a wedding-cake. Jaundiced Sirens laconically slide closing couplets in, like rapiers. A subtly sustained and cunningly crafted sonnet sequence, assessing an affair, comprises the last rites it abjures. Love's assumptions are laid bare after the manner of a female Catullus or Alceste. Mistress of the telling phrase, Eleanor Brown seems as joyously drawn to her themes, and their expression, as music draws a dancer . -- Stewart Conn

Eleanor Brown was born in 1969 and lived in Scotland until the age of 12. She studied English Literature at York. Since graduating she has worked variously as a waitress, barmaid, legal secretary, and minutes secretary, to be able to work also as a poet and translator of poetry. In 2001-2002 she was Creative Writing Fellow at the Universities of Glasgow and Strathclyde. She now lives, works, writes, sings (alto) and dances (Argentine tango) in Sheffield. Her debut collection, Maiden Speech, published by with Bloodaxe in 1996, was shortlisted for the Mail on Sunday/John Llewellyn Rhys Prize. She was one of the ... 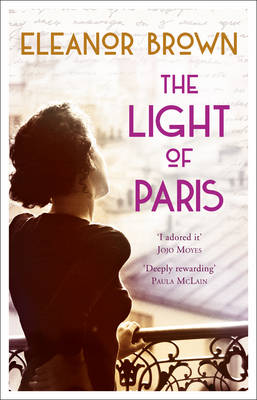 View All Books By Eleanor Brown