Tess has gone with Vance to look for the Falcon Temple and its precious cargo, convinced that truth must prevail. Meanwhile, the Church persuades Sean to help them keep that truth hidden - at any cost. On the dark waters of the Mediterranean, in a storm so fierce it could be the very wrath of God, a merciless battle will take place for the future of the Christian faith... 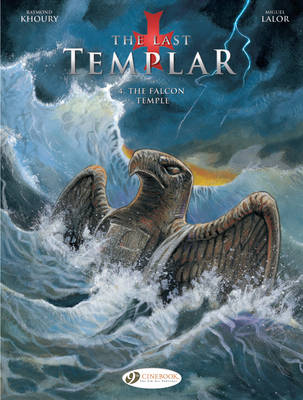 Lebanese novelist, Raymond Khoury got bored of the world of finance and began writing. Not only is he the author of international best-seller The Last Templar, he also penned its adaptation in comic form, as well as several scripts for BBC series such as Spooks and Waking the Dead. Brazilian Miguel Lalor fell into the world of Franco-Belgian comics when he was 12 - the day he discovered Moebius. He came to Paris, helped by his countryman Leo, illustrated series Myrkos before being chose to adapt in comic form nothing less that Homer's Odyssey!