Part of the Art and Series Series

'Art is continually haunted by the animal', wrote Deleuze and Guattari. Over the past two decades, animals have quite literally invaded the gallery space, from Joseph Beuys' co-habiting with a coyote, Janis Kounelli's instillation of live horses, Damien Hirst's shark in formaldehyde to Mark Dion's natural history displays and Marco Evaristti's 'goldfish in a blender'. In this latest addition to the highly acclaimed 'Art and...' series, Giovanni Aloi surveys the insistent presence of animals in the world of contemporary art, exploring the leading concepts which inform this emerging practice. From exhibitions featuring live animals, to taxidermy, and interspecies communication, Giovanni Aloi explores how animals feature in modern art with a range of thought-provoking and innovative visual representations. Art and Animals challenges ideas of identity, 'otherness' and civilisation by explaining the role animals have occupied in our cultural development and illustrating their presence in the visual arts today.

'Giovanni Aloi articulately and sensitively unpacks the varied passionate, complex and, at times, questionable motives behind the art world's current embrace of the animal subject. He accomplishes this with erudite, and yet accessible, explanations and perceptions, all the while keeping animals themselves firmly in the reader's mind. Thinking around animals has grown exponentially in the last decade. In this time of environmental crisis the interest in the human relationship with other species has become a focal point for change. Aloi offers us, through artists' engagement with 'the animal' and animals themselves, a mirror in which to see our own struggles with our relationships with the non-human world.' - Carol Gigliotti, Associate Professor, Dynamic Media and Critical and Cultural Studies, Emily Carr University and Editor, Leonardo's Choice: Genetic technologies and animals; 'Jacob von Uexkull once called on biologists, ecologists, and philosophers to take a stroll through the worlds of animals and men and challenged us to see the world through other than human eyes. Contemporary art has taken up Uexkull's call and now challenges us to do the same. Giovanni Aloi leads us on a stroll through the truly stunning world of animal art. Among the menagerie, readers will find themselves immersed in pickled sharks, genetically altered bunnies, taxidermied polar bears and pets re-imagined. It is some comfort to have this book as a companion in approaching such a multivalent field. In Art and Animals Aloi brings to bear his wealth of experience as editor of Antennae: Journal of Nature in Visual Culture. He proves an adept guide in giving his readers ways of framing and re-framing the burgeoning world of animal art without ever feeling that his mastery cheats the richness of the field.' - Ron Broglio, Assistant Professor, Arizona State University

Giovanni Aloi is a Lecturer in History of Art and Media Studies at The Open University, Queen Mary University, Westminster College and the Tate Galleries. He is also Chief Editor of Antennae, the Journal of Nature in Visual Culture. 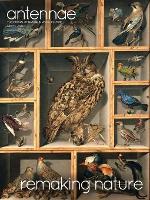 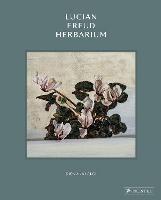 View All Books By Giovanni Aloi