An epic dramatic trilogy set during the American Civil War, by one of America's leading playwrights. America, 1862, during the Civil War. Hero, a slave, is promised his freedom if he joins his master in the ranks of the Confederacy against the Union. In a nation at war with itself, he must fight against those striving to abolish slavery. The family he leaves behind debates whether to escape or await his return, and they fear that, for Hero, freedom is an empty promise that may come at a great cost. Suzan-Lori Parks' Father Comes Home From the Wars (Parts 1, 2 & 3) received its UK premiere in the Jerwood Theatre Downstairs at the Royal Court Theatre, London, in 2016, directed by Jo Bonney. The trilogy premiered at The Public Theater, New York, in 2014, was a finalist for the 2015 Pulitzer Prize for Drama, and won the Edward M Kennedy Prize for Drama Inspired by American History. 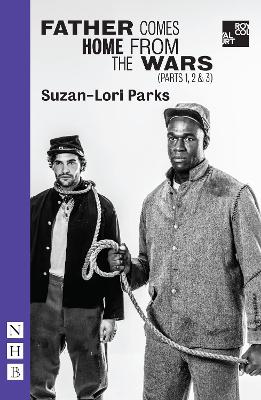 Suzan-Lori Parks is a leading American playwright. Her numerous plays include Father Comes Home From the Wars (2015 Pulitzer Prize finalist), The Book of Grace, Topdog/Underdog (2002 Pulitzer Prize), In the Blood (2000 Pulitzer Prize finalist), Venus (1996 OBIE Award), The Death of the Last Black Man in the Whole Entire World, Fucking A, Imperceptible Mutabilities in the Third Kingdom (1990 OBIE Award for Best New American Play) and The America Play. Her work on The Gershwins' Porgy and Bess earned the production a Tony Award for Best Revival of a Musical in 2012. In 2007 her 365 Plays/365 Days was produced in more than seven hundred ...