Before the accident, Lia Kahn was happy. Before the accident, Lia Kahn was loved. Lia was a lot of things before... She was normal, alive... and human. But Lia no longer believes in before. Six months after the crash that killed her, six months after being reborn, Lia has finally accepted her new reality. She is a machine, a mech, and she belongs with her own kind. It's a wild and carefree life, without rules and without fear. Because there's nothing to fear when you have nothing left to lose. But when a voice from her past cries out for revenge, everything changes and Lia is forced to choose between her old life and her new one. How many people - mechs and human - is Lia willing to hurt to protect her freedom? And how far is she willing to go to protect the people she loves? In the tradition of Scott Westerfeld comes the second book in this riveting and edgy science fiction novel which raises questions of mortality, technology and morality.

Robin Wasserman is the author of Girls on Fire, an NPR and BuzzFeed Best Book of the Year. She is a graduate of Harvard College with a Master's in the history of science. She lives in Los Angeles, where she writes for television. 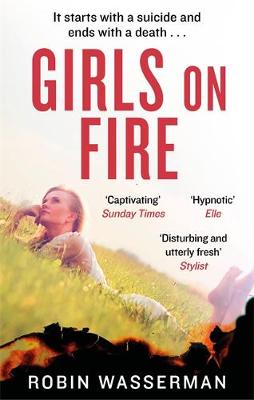