Part of the Fortress Series

The simple castles raised after the Norman conquest had been developed throughout 11th and 12th centuries, whilst the introduction of Islamic and Byzantine fortification techniques from the late 12th century led to further developments in castle architecture. These fortifications were to be well tested throughout the course of the 13th century as England was riven by the conflict, characterized by prolonged sieges, between the monarchy and powerful magnates. As well as providing the focus for warfare, castles increasingly became the centres of their communities, providing a more permanent base for the lord, his family and retainers, as well as acting as centres for justice and administration.

This book provides a clear, well written description of the varied characteristics of castles in the 13th century, with special attention to the Tower of London, which, while predating this period, was extensively remodeled during this time, as were many earlier castles... This interesting, informative book is recommended to anyone wishing a short introduction to English castle building near its peak. --Bolling Smith, Coast Defense Journal (March 2010) The book includes a description of the main features found in English castles during the 13th century, some of the main castles, and a history of the major events they were involved... The illustrations cover several selected castles and sections of them with cutaways... The reader may find parts he is familiar with, or details he is not interested in, but the book makes a great compact reference for castles and their relationship to this part of English history. --JE Kaufmann, SiteO, siteo.net (January 2010)

Chris Gravett is a former Senior Curator at the Royal Armouries, Tower of London, and a recognized authority on the arms, armor and warfare of the medieval world. He has worked as an advisor for numerous TV and film productions, and has written many books for Osprey, including Warrior 1: Norman Knight 950--1204 AD. He currently works as a curator at Woburn Abbey, Bedfordshire. 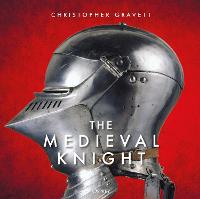