Nineteen-year-old Millie O'Reilly is clever, spiky and adored by men yet utterly forlorn. Increasingly disillusioned, she seeks an escape in the underbelly of Liverpool... Shockingly candid and brutally poetic, Helen Walsh has created a portrait of a city and a generation that offers a female perspective on the harsh truth of growing up in today's Britain. Brass is an unsettling but ultimately compassionate account of the possibilities of identity and the desirability of love.

Walsh's first novel is an amazing insight into female sexuality. Utterly shocking yet completely endearing, this novel is gripping from the first page. Just be warned, it's not for the fainthearted. Raw, sometimes revolting but always compulsive. If you want to find a new sense of what it is like to be a woman in England today, Brass is the most striking coming-of-age story that I have read for a long time . . . Helen Walsh is up there with Irvine Welsh in her ability to show what it is that draws people to the extremes of pleasure. * * Vogue * * In Brass, Walsh has created some of literature's sexiest sex scenes, most out-of-it drug-taking and a dark, cynical worldview. But her ultimate offering of love and redemption is something else. Brass is a novel whose imagery you won't easily scrub off the back of your mind. It is spellbinding and utterly unique. * * Independent * * Walsh has a gift for creating character through voice . . . To use an image that both protagonist and author would enjoy, these are the budding breasts of a voluptuous talent. * * The Times * * With this gutsy, compassionate, powerful and very memorable literary debut, Walsh proves herself as a considerable new talent. * * Claire Sawers * * Walsh's love/hate affair with the city does for Liverpool what Dickens did for London in an after-hours psycho-geographic sprawl through a schizoid land of sour mild and curdled honey ... This is a book that roars. * * Neil Cooper * *

Helen Walsh was born in Warrington in 1976 and moved to Barcelona at the age of sixteen. Working as a fixer in the red light district, she saved enough money to put herself through language school. Burnt out and broke, she returned to England a year later and now works with socially excluded teenagers in North Liverpool. Brass is her first novel. 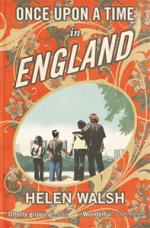 View All Books By Helen Walsh