A thrilling drama based on the true story of one of the Second World War's most daring and successful rescue missions.Summer, 1944. Yugoslavia is locked in a war within a war. In addition to fighting the German occupation, warring factions battle each other. Hundreds of Allied airmen have been shot down over this volatile region, among them American Lieutenant Bill Bogdonavich. Though grateful to the locals who are risking their lives to shelter and protect him from German troops, Bogdonavich dreams of the impossible: escape. With three failed air missions behind him, Lieutenant Drew Carlton is desperate for redemption. From a Texas airbase he volunteers for a secretive and dangerous assignment, codenamed Operation Halyard, that will bring together American special operations officers, airmen, and local guerilla fighters in Yugoslavia's green hills. This daring plan - to evacuate hundreds of stranded airmen while avoiding detection by the Germans - faces overwhelming odds. What follows is one of the greatest stories of military heroism, an elaborate rescue that required astonishing courage, sacrifice, and resilience. Red Burning Sky is a riveting and ultimately triumphant military thriller based on true events, all the more remarkable for being so little known - until now. Perfect for fans of Alistair MacLean, Jack Higgins and John Nichol. Praise for Tom Young'One of the most exciting new thriller talents in years!' Vince Flynn 'Gripping and impressively authentic' Frederick Forsyth 'Courage and honor in the face of the enemy have not been so brilliantly portrayed since the great novels of the Second World War' Jack Higgins 'A gutsy, gritty thriller told only as one who's been there and done that could write it... a terrific new writer' W.E.B. Griffin 'Young has a gift for allowing the reader to experience the emotional aspect of being a soldier... Military-thriller fans should make Young's work an essential addition to their reading lists' Booklist 'Like Tom Clancy, Young has an eye for detail about military equipment, operations, and thinking that will ring true with any veteran' General Chuck Horner, USAF (RET.), former Commander, U.S. Central Command Air Forces 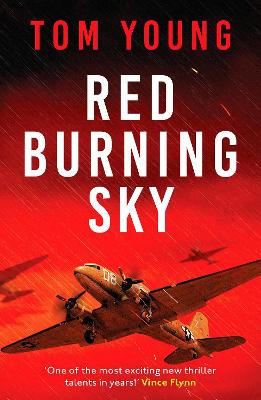 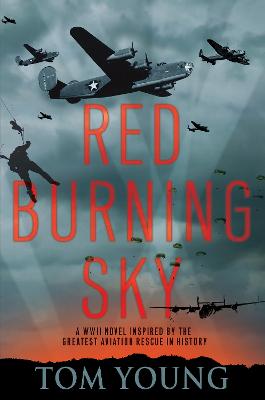 Tom Young served in Afghanistan and Iraq with the Air National Guard. He has also flown combat missions to Bosnia and Kosovo, and additional missions to Latin America, the horn of Africa, and the Far East. In all, Young logged nearly 5,000 hours as a flight engineer on the C-5 Galaxy and the C-130 Hercules, while flying to almost forty countries. In civilian life he spent ten years as a writer and editor with the broadcast division of the Associated Press, and currently he works as an airline pilot based at Reagan National Airport near Washington, D.C.

View All Books By Tom Young