The call comes from Narcotics, Manhattan South. A low-level drug dealer just got caught in a buy-bust, and he's ready to spill his guts. It wouldn't be a priority-especially not four days before Christmas-but the thug just mentioned the Mafia, and that means all hands on deck. It's just what Michael Welles has been waiting for. An assistant district attorney with a burning hatred of organized crime, he'll do anything for a crack at the mob. He's about to get a chance to bring down the whole clan-but his loved ones' lives are at stake. The dealer they arrested is an unlucky gambler whose debts put him smack in the middle of two of New York's most powerful crime families. Following the man's lead, Michael sets up a massive eavesdropping operation intended to trap the ruthless new leader of the local mob-but what he hears on the other end of the wiretap will make him doubt everything he knows about his family, his wife, and himself. From the legendary Ed McBain, who &quotevirtually invented the American police procedural with his gritty 87th Precinct series,&quote Criminal Conversation is as realistic as it gets (The New York Times). 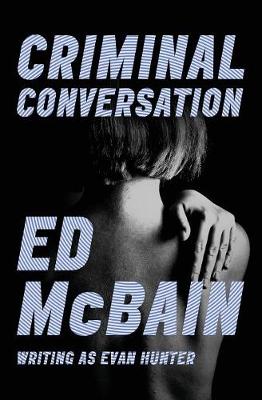