The God is Not Willing

The God is Not Willing Synopsis

'Awe-inspiring. Prepare to fall in love with epic fantasy all over again.' ANNA SMITH SPARK, author of the bestselling The Court of Broken Knives 'Erikson is an extraordinary writer . . . treat yourself.' STEPHEN R. DONALDSON The thrilling opening chapter in an epic new fantasy from the author of The Malazan Book of the Fallen... Many years have passed since three Teblor warriors brought carnage and chaos to Silver Lake. Now the tribes of the north no longer venture into the southlands. The town has recovered and yet the legacy remains. Indeed, one of the three, Karsa Orlong, is now revered as a god, albeit an indifferent one. In truth, many new religions have emerged and been embraced across the Malazan world. There are those who worship Coltaine, the Black-Winged Lord, and the cult of Iskar Jarak, Guardian of the Dead, is popular among the Empire's soldiery. Responding to reports of a growing unease among the tribes beyond the border, a legion of Malazan marines marches towards Silver Lake. They aren't quite sure what they're going to be facing, but, while the Malazan military has evolved and these are not the marines of old, one thing hasn't changed: they'll handle whatever comes at them. Or die trying. And in those high mountains, a new warleader has risen amongst the Teblor. Scarred by the deeds of Karsa Orlong, he intends to confront his god even if he has to cut a bloody swathe through the Malazan Empire to do so. But further north, a new threat has emerged and now it seems it is the Teblor who are running out of time. Another long-feared migration is about to begin and this time it won't just be three warriors. No, this time tens of thousands are poised to pour into the lands to the south. And in their way, a single company of Malazan marines . . . It seems the past is about to revisit Silver Lake, and that is never a good thing . . . 'A master of lost and forgotten epochs, a weaver of ancient epics.' SALON.COM Acclaim for The Malazan Book of the Fallen: 'This masterwork of the imagination may be the high watermark of epic fantasy.' GLEN COOK 'Arguably the best fantasy series ever written . . . the quality and ambition of the ten books that make up The Malazan Book of the Fallen are unmatched within the genre.' FANTASYBOOKREVIEW 'Nobody does it better than Erikson . . . the best fantasy series around.' SFFWORLD 'In a league of his own in genre fiction terms - by turns lyrical, bawdy, introspective, poetical and blood-soaked . . . incredible.' BOOKGEEKS 'One of the most original and engrossing fantasy series of recent times.' INTERZONE 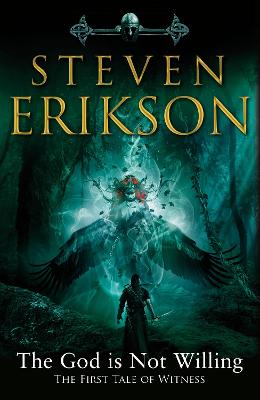 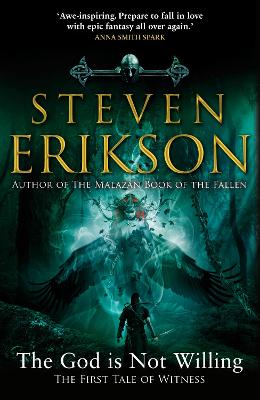 Archaeologist and anthropologist Steven Erikson is the author of the landmark, multi-volume epic fantasy, 'The Malazan Book of the Fallen', which has been hailed 'a masterwork of the imagination'. The first novel in this astonishing ten-book series, Gardens of the Moon, was shortlisted for the World Fantasy Award. He has also written a number of novellas set in the same world. Forge of Darkness begins the Kharkanas Trilogy - a series which takes readers back to the origins of the Malazan world - and Fall of Light continues this epic tale. A lifelong science fiction reader, he has also written ...