THE INTERNATIONAL BESTSELLER 'A memoir to stand alongside the classics by the likes of Jeanette Winterson and Lorna Sage ... compelling and ultimately joyous' Sunday Times ________________________ Tara Westover grew up preparing for the End of Days, watching for the sun to darken, for the moon to drip as if with blood. She spent her summers bottling peaches and her winters rotating emergency supplies, hoping that when the World of Men failed, her family would continue on, unaffected. She hadn't been registered for a birth certificate. She had no school records because she'd never set foot in a classroom, and no medical records because her father didn't believe in doctors or hospitals. According to the state and federal government, she didn't exist. As she grew older, her father became more radical, and her brother, more violent. At sixteen Tara decided to educate herself. Her struggle for knowledge would take her far from her Idaho mountains, over oceans and across continents, to Harvard and to Cambridge. Only then would she wonder if she'd travelled too far. If there was still a way home. EDUCATED is an account of the struggle for self-invention. It is a tale of fierce family loyalty, and of the grief that comes with the severing of the closest of ties. With the acute insight that distinguishes all great writers, from her singular experience Westover has crafted a universal coming-of-age story that gets to the heart of what an education is and what it offers: the perspective to see one's life through new eyes, and the will to change it. ________________________ * Shortlisted for the 2018 BAMB Readers' Awards * Recommended as a summer read by Barack Obama, Antony Beevor, India Knight, Blake Morrison and Nina Stibbe

A memoir to stand alongside classics by the likes of Jeanette Winterson and Lorna Sage . . . a compelling and ultimately joyous account of self-determination * Sunday Times * [A] fascinating, jaw-dropping memoir -- Nina Stibbe * Observer * [A] superb memoir... Westover's journey from a remote corner of the American west to one of the world's grandest seats of learning is extraordinary . . . Her story, of fighting to be herself, is as old as the hills she came from, but Westover gives us such a fresh, absorbing take that it deserves to bring her own private Idaho into the bestseller lists, book groups and, eventually, cinemas. * The Times * Brilliantly recounts her journey towards knowledge and enlightenment -- Blake Morrison * Guardian * Her story is remarkable, as each extreme anecdote described in tidy prose attests. That someone who grew up in her circumstances could achieve as much as she has is astonishing . . . The central tension she wrestles with throughout her book is how to be true to herself without alienating her family. Her upbringing was extraordinary, but that struggle is not. * The Economist * This memoir [is] one of the wisest accounts of family love and betrayal that I've read * Mail on Sunday * [An] astonishing autobiography -- Antony Beevor Heartbreaking in its honesty...[an] intelligent and powerful memoir * Literary Review * An astonishing and uplifting story about the transformative power of education * Mail on Sunday, 2018 Cultural Highlights * Educated is quite simply one of the best books I have ever read. What a writer, what a thinker and what a gift for the rest of us to be able to read her story. Unbelievably moving and profoundly thought-provoking. -- Elizabeth Day Educated is an unflinching account of love and brutality, of the strength of blood ties and the power of imagination, and of a young woman whose intellect, self-knowledge and courage illuminate every page. There are passages so painfully vivid that they sear themselves into the memory, yet Westover is never prurient or punitive: even when writing from the depths, she does so with compassion and grace. Both the book and its writer are remarkable in every respect -- Sarah Perry, bestselling author of THE ESSEX SERPENT Westover has a story to tell that shouldn't be ignored * The Guardian *

Tara Westover was born in rural Idaho. She studied history at Brigham Young University and upon graduation was awarded a Gates Cambridge Scholarship. She received an MPhil in intellectual history from Trinity College, Cambridge in 2009, and a PhD in the same subject in 2014. 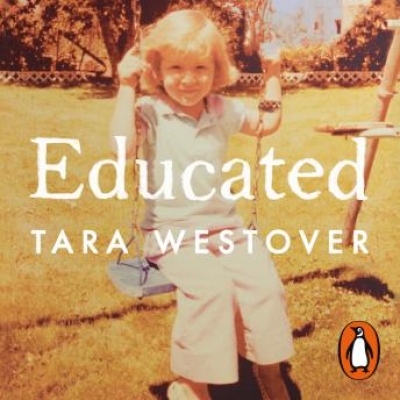 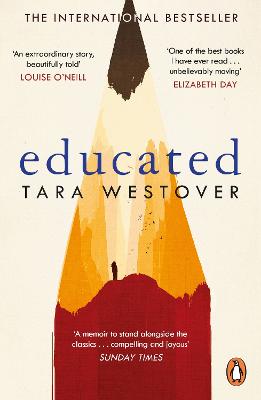 View All Books By Tara Westover