The Reluctant Pickpocket is a gripping page turner and a challenging, beautifully written account of modern life, moving but unsentimental. Grief, loss, loneliness, fate and the nature of good and evil, it has rich cast of characters on broad social canvas. Abandoned at birth, Carlos doesn't know his surname or the day of his birth. At fifteen he is taken away by Dimitru, a Romanian gangster, from the orphanage he has lived all his life and put through a crash course of pick-pocketing. Once trained, he is trafficked to Manchester to join a team of similarly skilled pickpockets. Initially Carlos sees it as an adventure and is happy to oblige his masters. But when he finds an immensely sentimental love letter, written by Saira and addressed to a Michael, in a wallet he has picked off an old man his life changes totally. He is so moved by its content that he vows to do whatever it will take to return it to its owner. 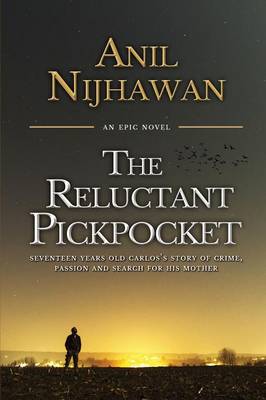 View All Books By Anil Nijhawan