In this epic tale of fate, fortune and legacy, Jennifer Makumbi vibrantly brings to life this corner of Africa and this colourful family as she reimagines the history of Uganda through the cursed bloodline of the Kintu clan. The year is 1750. Kintu Kidda sets out for the capital to pledge allegiance to the new leader of the Buganda kingdom. Along the way he unleashes a curse that will plague his family for generations. Blending oral tradition, myth, folktale and history, Makumbi weaves together the stories of Kintu's descendants as they seek to break free from the burden of their past to produce a majestic tale of clan and country - a modern classic.

Jennifer Nansubuga Makumbi, a Ugandan novelist and short story writer, has a PhD from Lancaster University. Her first novel, Kintu (Oneworld, 2018), won the Kwani? Manuscript Project in 2013 and was longlisted for the Etisalat Prize in 2014. She was awarded the 2014 Commonwealth Short Story Prize for her story Let's Tell This Story Properly, and her first full story collection, Manchester Happened, will be published by Oneworld in 2019. Jennifer Nansubuga Makumbi was awarded the prestigious Windham-Campbell Prize for Fiction 2018 to support her writing. She lives in Manchester with her husband and son, and lectures in Creative Writing at Manchester Metropolitan University. 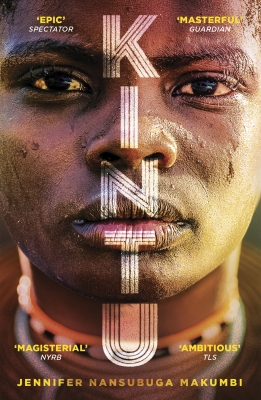