Help I Am Being Held Prisoner

Help I Am Being Held Prisoner Synopsis

JAILED FOR A JOKE It isn't easy going to jail for being a practical joker. Of course, this particular joke left 20 cars wrecked on the highway and two politicians' careers in tatters - so jail is where Harold Kunt landed. Now he's just trying to keep a low profile in the Big House. He wants no part of his fellow inmates' plan to use an escape tunnel to rob two banks. But it's too late: he's in it up to his neck. And that neck may just wind up in a noose... HELP I AM BEING HELD PRISONER is Donald E. Westlake at his funniest and his most ingenious, a rediscovered crime classic from the MWA Grand Master returning to stores for the first time in three decades. 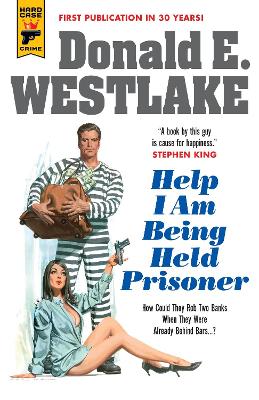