Not just for cricket fans... anyone with an interest in corruption, sport, or journalism will find this a fascinating insight.

August 25, 2010. Mazhar Majeed – an agent representing a number of players in the Pakistan squad due to play a Test Match against England – sends a text to an Indian businessman he knows as Mohsin Khan. Majeed wants to convince Khan to join him in a match-fixing plot he claims will make them both very wealthy. The text confirms their plan is going ahead.

What Majeed doesn’t know is that Khan’s real name is Mazher Mahmood and that he is an undercover investigative reporter for the News of the World. Mahmood – famous for his exposes on such personalities as Sarah Ferguson, Jerry Springer and Sven Goran Eriksson – is known to the world as the Fake Sheikh. On the back of Majeed’s greed and lack of caution, he is about to run a story that promises to be the greatest sporting scoop the UK press has ever seen.

The beginning of The Thin White Line is so enthralling, so complex and so fast-moving, it read like an extract from Mission Impossible or The Sting. The difference – something that made this read all the more exciting – was this was real. This happened. I was gripped.

Mazher Mahmood was responsible for exposing criminal and corrupt activity among a lot of people. His methods were fraught with risk and extremely expensive. He got results, though, and he was lauded by the industry for doing so. His was a style of journalism that, with hindsight, was doomed to fail one day and probably in a big way. It did, and as a result Mahmood found himself in the dock and facing a prison sentence.

Nick Greenslade’s research is incredibly thorough and the quoted sources in the book read like a who’s who of well-known sporting personalities. The Thin White Line isn’t just a book for cricket fans, though – although they will relish it, I’m sure. Anyone with even minimal interest in corruption within sport or in the goings-on of the newspaper world of the time will find it a fascinating insight.

I loved it. But I’d be prepared to wager you’d already worked that out for yourself.

The Thin White Line: The Inside Story of Cricket's Greatest Scandal tells the story of the spot-fixing scandal of 2010, which sent shockwaves through the sport. It stunned the wider sporting world and confirmed the reputation of the News of the World's Mazher Mahmood as the most controversial news reporter of his generation. It was the start of a stunning chain of events that saw the News of the World shut down, Pakistan captain Salman Butt and bowlers Mohammad Asif and Mohammad Amir banned and sent to prison, before Mahmood himself ended up behind bars. This gripping, forensic account takes the reader through the twists and turns of those fateful days late one August and beyond. For the first time, it shines a light on the tradecraft of the News of the World team and how they exposed the criminal scheming of the cricketers and their fixer Mazhar Majeed. It reveals how deeply fixing had penetrated the Pakistan dressing room, and lifts the lid on the black arts of investigative reporting which would eventually prove Mahmood's undoing. 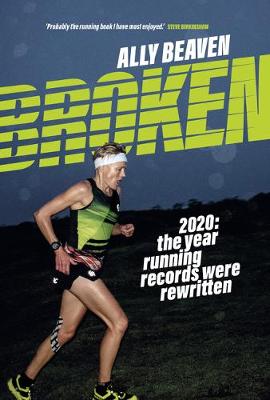 Nick Greenslade is the deputy sport editor of The Sunday Times. He was educated at St John's College, Cambridge, where he read history. After a brief career in advertising, he began his career in journalism at The Nation magazine in New York and has also held editorial positions at The Observer and Daily Mail. He has contributed to the New Statesman, Time Out and Private Eye, and In These Times in the US. He lives in Kent with his wife and three children.