The Truth In Fiction

The Truth In Fiction Synopsis

The Truth in Fiction is a collection of eighteen short stories written and collated over the last ten years. Many of them are stories written about the streets of London, the cities of Europe and locations as far afield as the mountains around Wanaka in the South Island of New Zealand. Some of these stories are narrated by the central character, whereby we listen to his or her appreciation of events, and the remainder are told in the third person, where the reader is invited to draw his or her own conclusions from the tale. In 'A Prodigious Epiphany for Padraig', written in Santiago de Compostela at the end of walking the Camino de Santiago, we meet Padraig O'Rahilly as he passes the evening enjoying the fiesta of the literary heroes of Galicia and during which he confesses to his young guide the motivations for his pilgrimage to the city. In 'Geneva', a young UNHCR lawyer, waiting for his flight to be called, is approached by a timid Iranian refugee, who asks the lawyer to record in a journal the strange tale of how he has come to be in the city. Finally, 'I Know' tells the story of two women who meet for the first time at a wake and come to realise they both knew the recently departed rather better than many of those who have come to pay their respects. The topics of each story vary between those of love and loss, coincidence, taking gentle pokes at social prejudice and how it is that the harsher lessons of life are often those most valuable... The Truth in Fiction will appeal to fans of short stories, and those who enjoy travelling.

Peter Crawley was born in Chiswick in 1956. He was educated at Cranleigh School in England and at the Goethe Institut Freiburg-im-Breisgau in Germany, spending much of his youth in Germany, Austria, France and Corsica. He has previously published Mazzeri (Matador, 2013), Boarding House Reach (Matador, 2014) and Ontreto (Matador, 2015). 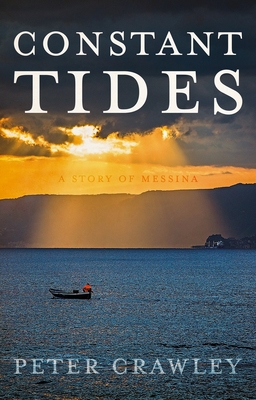