Swords Around The Throne

Swords Around The Throne Synopsis

Rome is in peril. The old order is changing. Centurion Aurelius Castus has been summoned back from Britain to find himself caught up in a treasonous conspiracy threatening to bring down the Emperor Constantine. Rewarded for saving the emperor's life, Castus is promoted to the elite imperial bodyguard: the swords around the throne. But he soon discovers the court to be as dangerous as the battlefield. Behind the gilded facade of empire lurks a nest of traitors and one relentless enemy.

Swords Around The Throne Press Reviews

'From beginning to end, this fast paced novel brings the Roman Empire to life. With the battles and conspiracies constantly at the forefront of the novel, there is never a dull moment ... If you are a historical lover, or just want to try a new or different kind of book, then I definitely recommend Swords Around the Throne. It is a fantastic read' Little Life of Rachel. 'A fascinating read that also delves into the devious politics and intrigue of those supposedly close to the emperor. Hugely enjoyable well written historical fiction that transports you back in time and is based on true accounts of events. Well worth a read and recommended even if this isn't normally your kind of book' OMG That Book. 'Ian Ross brings us the second in his exemplary Twilight of Empire Roman historical fiction series that started so dramatically with The War at the Edge of the World ... The historical insights are wonderful in both the novel and the notes at the back. Although this novel does work as a one-off, you'd be cheating yourself out of something good if you don't read The War at the Edge of the World. 10/10' The Bookbag. 'Traitors and betrayals and twists and turns ... good job Ian Ross. I also loved seeing some prominent historical figures in the book. For those who read historical fiction I definitely recommend you read it!' Avid Reader. 'Infinitely entertaining and the writing was excellent. If you're looking for an interesting take on the Roman empire and a top-notch historical novel give it a chance!' The Bookish God. 'Thoroughly exhilarating and utterly thrilling. Ian Ross shows considerable skill in bringing the war to life... [He] dramatises it very well indeed, not least because of the enormously likeable tour de force caught slap bang in the middle of it - Aurelius Castus' For Winter's Nights. 'A thumping good read, well-crafted, atmospheric and thoroughly enjoyable ... Where's the next volume, please?' Ben Kane. 'Ian Ross blazes in the world of Empire and legions ... This is up there with Harry Sidebottom and Ben Kane' M.C. Scott. 'Hugely enjoyable. The author winds up tension into an explosion of fast-paced events' Conn Iggulden.

Ian Ross has been researching and writing about the later Roman world and its army for over a decade. He spent a year in Italy, teaching English, but now lives in Bath. Visit his website: www.ianjamesross.com, or find him on twitter: @IanRossAuthor. 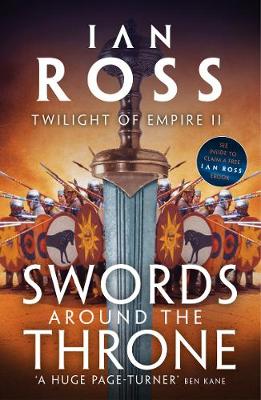 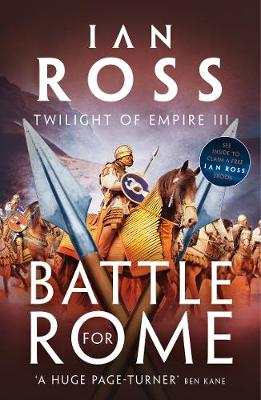 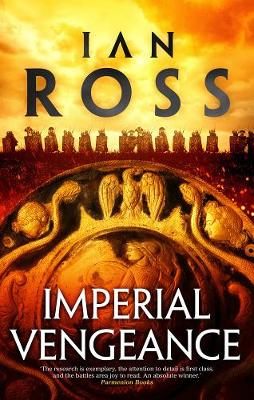