Britain of the not-too-distant future is a country at war with itself. After years of anarchy and chaos, bloodthirsty gangs and citywide destruction, The Party are now fighting to restore order through whatever means necessary - the fist, the bullet and even the terrifying practice of The Wash. It is a war between the lawless and their self-appointed judges, and neither side will relent until the other is destroyed. After an attack on their headquarters, a small band of Party members flee across the country, seeking refuge in a safe house deep in the snowy forests around Bleeker Hill. But as they near their destination, it soon becomes clear that the enemy they are running from may not be the biggest threat they will face. Because Bleeker Hill is far from safe... and they are not alone. As night closes in and the tensions within the group threaten to spiral out of control, each of them is soon forced to face a nightmare from which it might not be possible to escape. Bleeker Hill has a dark history and many stories to tell, and it will be heard... Bleeker Hill is a fast-paced thriller dealing with the dynamics of a strange dystopian society that blends into a paranormal horror story. It will appeal to fans of both of these genres, and will also be enjoyed by fans of Russell's first books, Silent Bombs Falling on Green Grass and Stone Bleeding, the second of which Bleeker Hill can be read as a follow-up to. The book also takes inspiration from George Orwell's 1984 and The Shining by Stephen King.

Russell Mardell has worked in both independent film and fringe theatre for over ten years. He originally trained in film production and has worked as a writer and director on a couple of short films. Since then, he has worked for several years as a playwright and has written five plays, two of which he also directed. Russell has had plays performed in theatres in London, Manchester and Salisbury. 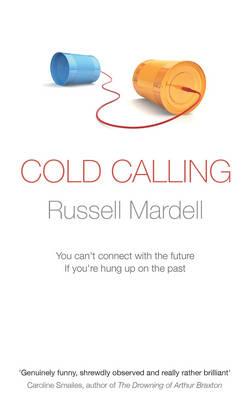 View All Books By Russell Mardell