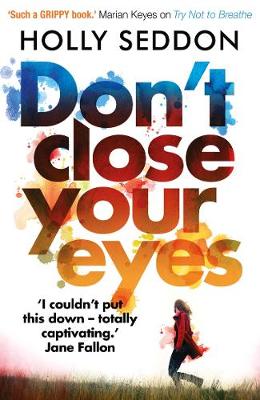 A convincing, powerful, and dramatic psychological thriller. Twins Robin and Sarah are living separate lives, each face their own difficulties, yet danger beckons and life is about to get a lot more complicated. The story spins from Robin to Sarah, and from the present back to their childhood, each chapter swift and intense, as information is released and a picture starts to build from two different points of view. Holly Seddon held my thoughts to ransom as I started to mistrust everyone and everything, yet she allows a deep connection to the characters as sorrow and heartache form. The edges of the story ebb and flow within the rapidly moving, provocative central plot… and I could sense the huge rumbling force lurking just around the corner. ‘Don’t Close Your Eyes’ is an exciting second novel, breathtaking, yet incredibly realistic, and definitely worth reading, I can highly recommend it. ~ Liz Robinson

Robin and Sarah weren't the closest of twins. They weren't even that similar. But they loved each other dearly. Until, in the cruellest of domestic twists, they were taken from one another. Now, in her early 30s, Robin lives alone. Agoraphobic and suffering from panic attacks, she spends her days pacing the rooms of her house. The rest of the time she watches - watches the street, the houses, the neighbours. Until one day, she sees something she shouldn't...And Sarah? Sarah got what she wanted - the good-looking man, the beautiful baby, the perfect home. But she's just been accused of the most terrible thing of all. She can't be around her new family until she has come to terms with something that happened a long time ago. And to do that, she needs to track down her twin sister. But Sarah isn't the only person looking for Robin. As their paths intersect, something dangerous is set in motion, leading Robin and Sarah to fight for much more than their relationship...

'A razor-sharp, fast-paced plot and wonderfully complex characters. Not since The Girl on the Train have I been so captivated by a work of suspense.' -- Tess Gerritsen

'Such a GRIPPY book.' -- Marian Keyes

'Try not to breathe, try not to make plans, try not to commit to anything in fact till you have finished Holly Seddon's debut novel, because we must warn you now - you'll be fully hooked from page one...A brilliant, gripping, must-read.' Glamour

'The psychological thriller of 2016... sure to leave you captivated.' Irish News

'Fancy something more thrilling than the usual chick-lit love story? Look no further than this gripping psychological thriller.' New Magazine

Holly Seddon is a full-time writer, living in the middle of Amsterdam with her husband James and a house full of children and pets. Holly has written for newspapers, websites and magazines since her early 20s after growing up in the English countryside, obsessed with music and books. Her first novel Try Not to Breathe was published worldwide in 2016 and became both a national and international bestseller. Don't Close Your Eyes is her second novel.

Click here to read an interview with Holly about her book Try Not to Breathe.

Holly Seddon is our Putting Authors in the Picture feature for September 2018. Click here to read more about her author journey on our blog.

More About Holly Seddon
Add To Wishlist
Buy from our bookstore and 25% of the cover price will be given to a school of your choice to buy more books. 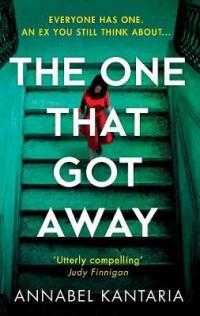 Love Will Tear Us Apart

Anatomy of a Scandal 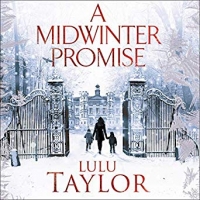