Creating a Culture of Tenderness

Creating a Culture of Tenderness Synopsis

Join two beloved spiritual luminaries for a conversation full of kinship, laughter, and joyful truths What do a Jesuit priest and a Buddhist nun have in common? It may sound like the opening to a joke, but it's actually the question that initiated an extraordinary spiritual collaboration. Father Greg Boyle and Pema Choedroen came together in a night of interfaith conversation for a great cause: aiding Homeboy Industries, the world's largest rehabilitation, re-entry, and job training program for former gang members. Originally founded by Father Greg in 1992, Homeboy Industries has helped thousands of people find renewed hope after leaving gang life. Now, Father Greg and Pema present Creating a Culture of Tenderness, an audio program devoted to what it means to embody one's principles in the world. Co-teaching for the first time, here they offer an inspiring dialogue on recognizing each other's innate humanity, the power of second chances, the profound connections between the world's faiths, and how in service to others we can discover the most vital spiritual truths. 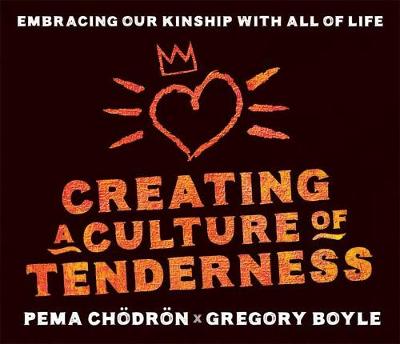 Pema Choedroen Ani Pema Choedroen was born Deirdre Blomfield-Brown in 1936, in New York City. She attended Miss Porter's School in Connecticut and graduated from the University of California at Berkeley. She taught as an elementary school teacher for many years in both New Mexico and California. Pema has two children and three grandchildren. While in her mid-thirties, Ani Pema traveled to the French Alps and encountered Lama Chime Rinpoche, with whom she studied for several years. She became a novice nun in 1974 while studying with Lama Chime in London. His Holiness the Sixteenth Karmapa came to Scotland at that time, ...