Kate Chopin on pot smoking. Pauline Hopkins on alchemy and the undead. Sui Sin Far on cross-dressing. Emma Lazarus and Angelina Weld Grimke on lesbian longing. Julia Ward Howe on intersexuality. Perhaps the first of its kind, Radicals is a two-volume collection of writings by American women of the nineteenth and early twentieth centuries, with special attention paid to the voices of Black, Indigenous, and Asian American women. In Volume 1: Fiction, Poetry, and Drama, selections span from early works like Sarah Louise Forten's anti-slavery poem 'The Grave of the Slave' (1831) and Fanny Fern's Ruth Hall (1855), a novel about her struggle to break into the male-dominated field of journalism, to Charlotte Perkins Gilman's revenge fantasy, 'When I Was a Witch' (1910) and Georgia Douglas Johnson's poem on the fraught nature of African American motherhood, 'Maternity' (1922). In between, readers will discover many vibrant and challenging lesser-known texts that are rarely collected today. Some, indeed, have been out of print for more than a century. Unique among anthologies of American literature, Radicals undoes such silences by collecting the underrepresented, the uncategorizable, the unbowed-powerful writings by American women of genius and audacity who looked toward, and wrote toward, what Charlotte Perkins Gilman called 'a lifted world.' 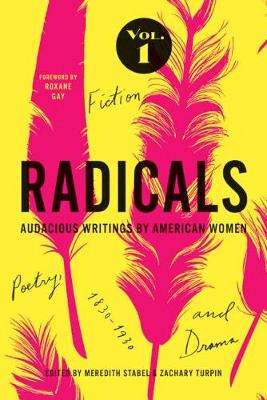 View All Books By Roxane Gay