The Cold War was only cold in that the major powers, the U.S. and the Soviet Union, did not engage in a nuclear war. But during that period (1945-1991) there were wars, spying, shoot downs of numerous reconnaissance aircraft, captures of U.S. military personnel, murders, defections, a space race with men put in orbit and an eventual moon landing. Dangerous Games: Faces, Incidents and Casualties of the Cold War is a return to that era. This book contains many unknown and long-since forgotten stories of that period. Some of the Cold War incidents covered include: the Marines in China; the first Cold War downing of an American Aircraft in the Baltic Sea; death on the Orient Express (the murder of a U.S. Naval Attache Officer); the Soviet spy Betty Bentley who triggered an earthquake in American politics; No Kum-Sok, the North Korean pilot who defected to South Korea delivering the first MIG Fighter to the West; CIA Officers Downey& Feacteau who spent 20 years in a Chinese prison; the mysterious death of British Frogman Buster Crabb; Yuri Gagarin, first man in Space and the USS Forrestal Fire. With the resurgence of Russia, and its aggressive handling of the Georgian situation, Eastern European countries have become increasingly alarmed that Russia is attempting to recreate a sphere of influence over satellite states of the former Soviet Union. Considering that we may be facing a second Cold War, this book is a timely reminder of some notable incidents from the intense political period following the end of the Second World War. About the Author JAMES E. WISE Jr., a former naval aviator, intelligence officer, and Vietnam veteran, retired from the U.S. Navy as a captain. SCOTT BARON, is a U.S. Army veteran of the Vietnam War.

A well-selected menu of intriguing sagas, this is a book that provides a full night of exceptional reading by two masters of the written-word. * Sea Classics *

JAMES E. WISE Jr., a former naval aviator, intelligence officer, and Vietnam veteran, retired from the U.S. Navy as a captain. His books include The Navy Cross, Stars in Blue and U-505: The Final Journey, among many others. He lives in the Washington, D.C., metropolitan area. 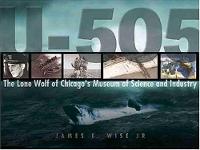 View All Books By Jr. Wise