An important thinker who contributed to eighteenth-century debates in epistemology, metaphysics, and ethics, Catharine Trotter Cockburn pursued the life of a dramatist and essayist, despite the prevailing social, cultural, and moral prescriptions of her day. Cockburn's philosophical writings were polemical pieces in defence of such philosophers as John Locke and Samuel Clarke, in which she grappled with the moral and theological questions that concerned them and produced her own unique answers to those questions. Her works are interesting both for their approach to philosophical issues that continue to be debated today and for the way that they inform our understanding of the early-modern period. 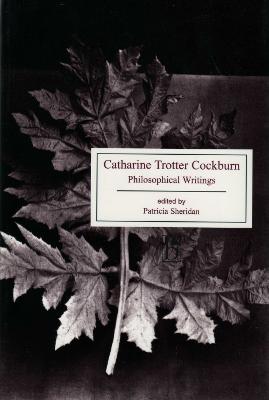