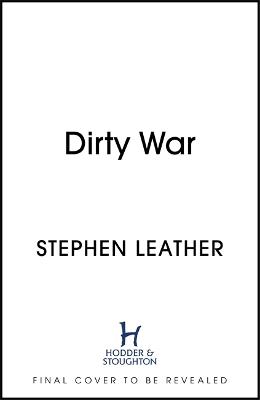 THE NEW MUST-READ SPIDER SHEPHERD THRILLER The target - The Prime Minister. The assassins - hard-bitten jihadists with nothing to lose. The only man who can stop them? Dan Spider Shepherd. But Shepherd's reputation is also on the line - he helped get one of the jihadists into the UK during the final days of the War in Afghanistan. Now he has to track down the man whose life he once saved. But the assassins aren't lone wolf killers - someone much more devious is pulling their strings. And the clock is ticking . . .

Stephen Leather is one of the UK's most successful thriller writers, an ebook and Sunday Times bestseller and author of the critically acclaimed Dan 'Spider' Shepherd series and the Jack Nightingale supernatural detective novels. Before becoming a novelist he was a journalist for more than ten years on newspapers such as The Times, the Daily Mirror, the Glasgow Herald, the Daily Mail and the South China Morning Post in Hong Kong. He is one of the country's most successful ebook authors and his titles have topped the Amazon Kindle charts in the UK and the US. His bestsellers have been translated into fifteen languages and he has also written for television. You can learn more from Stephen's website, www.stephenleather.com, and find him on Facebook at https://www.facebook.com/stephenleatherofficial/. Stephen also has a website for his Spider Shepherd series, www.danspidershepherd.com, and for his Jack Nightingale series, www.jacknightingale.com.

More About Stephen Leather
Add To Wishlist
Buy from our bookstore and 25% of the cover price will be given to a school of your choice to buy more books.