In 1984, a time when the publishing landscape was becoming increasingly corporate, Nigel Newton decided to start a new independent literary publishing company. The following year, over early mornings and late nights, he and publisher David Reynolds came up with their plan. In 1986 Bloomsbury Publishing began its life in a small office above a Chinese restaurant in Putney. For all its early ambition, no-one could have envisaged the 35 years that would follow. As the offices shifted first to Soho Square and then to Bedford Square, with branches opening in New York, Sydney, Oxford and New Delhi, its list took shape. There were to be books from all over the world, some becoming Nobel, Booker and Women's Prize winners, some to be million copy bestsellers, and some to become modern classics. In Bloomsbury 35 its editors-in-chief Liz Calder and Alexandra Pringle have made selections from novels they have published on Bloomsbury's adult list, from each year of Bloomsbury's life, forming an anthology that represents the creative heart of Bloomsbury. This anthology does not draw works from Bloomsbury's equally sparkling children's, academic or special interest lists. Featuring work from Margaret Atwood, Susanna Clarke, Jeffrey Eugenides, Richard Ford, Abdulrazak Gurnah, Khaled Hosseini, Jhumpa Lahiri, Colum McCann, Madeline Miller, Michael Ondaatje, Caryl Phillips, George Saunders, Will Self, Kamila Shamsie, Ahdaf Soueif, Jeanette Winterson, and many more, it is a celebration of Bloomsbury's first 35 years 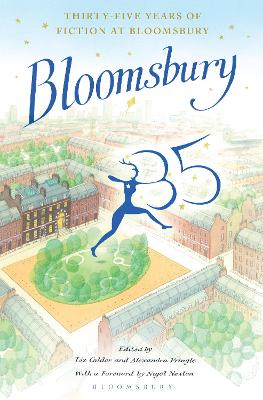 Liz Calder began her publishing life began in 1970 at Victor Gollancz. She moved to Jonathan Cape as Editorial Director in 1978. In 1986 she joined Nigel Newton, David Reynolds and Alan Wherry to set up Bloomsbury Publishing. On retiring in 2009, she became one of the founding directors of Full Circle Editions. She was awarded a CBE for services to literature in 2018. Alexandra Pringle began her career in publishing on the art magazine Art Monthly, joining Virago Press in 1978 where she edited the Virago Modern Classics series and became Editorial Director. In 1990 she moved to Hamish Hamilton as Editorial Director. Following a stint ...

View All Books By Various Authors