The Tides of Change

The Tides of Change Synopsis

The Tides of Change, previously published as Platinum, explores the glamorous world of the super-wealthy in all its excess. From Moscow to Marrakesh, and Los Angeles to London, the reach of the super-elite stretches far and wide. Within this glamorous world where wealth means everything, three women are brought together . . . Frankie Willis, who fled her home in South Africa for a new life working in the Caribbean as a stewardess on the luxury mega-yacht, Pushkin; Peaches Gold who has established herself as the most influential madam in the city of angels, Los Angeles, and holds many secrets on the city's famous inhabitants; and Emma Harvey, the English socialite whose respectable married life hides a much darker past. Hailing from very different worlds, they have every reason to distrust each other when their lives unexpectedly collide, but their hatred for one man will unite them forever. That man is Yuri Khordinsky, a newcomer to the ranks of the world's super-rich who desperately craves acceptance in high society and will stop at nothing to get it . . .

The Tides of Change Press Reviews

A riveting rollercoaster of a tale, full of intrigue, high-stakes drama and compelling characters * Hello! * If you like losing yourself in epic tales by the likes of Penny Vincenzi and Lesley Pearse, you'll love this * Woman *

Joanna Rees, aka Josie Lloyd and Jo Rees, is a bestselling writer of twelve novels, including rom-coms, blockbusters and big-hearted adventures such as Come Together, Platinum and A Twist of Fate. With nearly twenty years' writing experience, Joanna regularly teaches creative writing in schools and libraries and runs a successful novel-editing business, noveleditors.com. She also records regularly for Radio Gorgeous. Based in Brighton, Joanna is married to the author Emlyn Rees with whom she has three daughters. They have co-written seven novels, including the Sunday Times number one bestseller Come Together, which was translated into twenty-seven languages and made ... 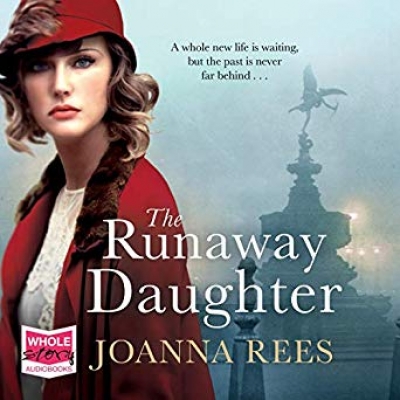