Her daughter missing, her childhood sweetheart the only suspect: a gripping and suspenseful debut thrillerYOUR DAUGHTER IS MISSING. WHO CAN YOU TRUST? A gripping psychological thriller for fans of Tom Bale, Harlan Coben and Angela Marsons. Morgan Vine has devoted her years of her life to campaigning for Danny Kilcannon's release, after his dubious conviction for his wife's murder. At long last, he's released. With nowhere to go, Danny comes to rely on Morgan and her impetuous teenage daughter, Lissa. Then Lissa goes missing. When it's your own child on the line, who can you trust? SEE WHAT PEOPLE ARE ALREADY SAYING ABOUT THIS GRIPPING PSYCHOLOGICAL THRILLER! 'A cracking debut. A real page-turner with a compelling central character' - Mark Billingham 'Val McDermid meets Stephen King' Hadley Freeman 'An atmospheric thriller with real end-of-the-pier-at-midnight scariness. Excellent!' Kate Rhodes 'Fiendishly clever - cliffhanger after cliffhanger' Deborah Moggach 'Cracking crime novel with everything you want from a thriller. And a great lead character' Martyn Waites 'Just devoured the novel and thought it was a terrific and wonderfully sustained novel of huge suspense and credibility. I loved it and believed it. Terrific!' Frances Fyfield 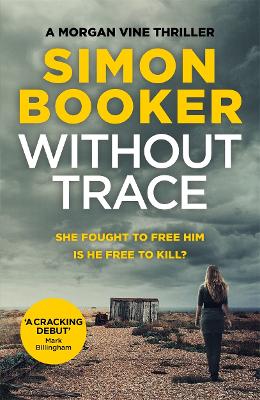