HILARIOUS AND HEARTBREAKING OFFICIAL COLD FEET NOVEL FROM THE HIT TV SERIES. What happened to your favourite characters between series five and six of Mike Bullen's award-winning TV series? ********** Reeling from the sudden death of Rachel, his beloved wife, Adam has no time to grieve. He has to keep going, for the sake of their baby son. Jenny moves back in with ex-husband Pete, eight and a half months pregnant with another man's child. Can their relationship overcome past jealousies? Karen and David agree to an amicable divorce - but that's before he sleeps with the divorce lawyer . . . ******* THE LOST YEARS is an irresistible chance to catch up on all the laughter, the tears, the life lessons we missed while they were gone. 'I loved it. The characters have been captured so well and it just feels so like Mike Bullen's creation . . . Harrington should be very proud - it really is fabulous! Margaret Conway, Line Producer Cold Feet

This book retains the charm . . . [It] was like catching up with old friends and I couldn't put [it] down . . . Good job, Carmel. It's not easy to take on such much-loved characters and continue it on whilst staying true to their personalities but you pulled it off. Any chance of another one? * Novel Kicks Blog * I had a fantastic time reading th[is] book . . . It really felt like it could have been the next series of Cold Feet in its original run . . . The Lost Years is a fantastic adaptation that keeps the essence of everything that made Cold Feet, Cold Feet and for fans of the show, it is a must-read * The Tattooed Book Geek Blog * Irish author Carmel Harrington was asked to bridge the gap from the original storyline to the current one, in her novel Cold Feet: The Missing Years. New characters are introduced alongside the original ones, adding a dimension to the heart-warming humour. From Manchester to Belfast and back, the novel spans a year of tears, laughter and friendship in true Cold Feet style. Harrington has captured the characters' colloquialisms, personalities and group dynamic. An immensely enjoyable companion to the TV show. * Irish Times * The author has captured the essence of the characters so very well that they appear uninterrupted in the imagination and continue as if there had never been any sort of lull in the story. As always, the characters made me laugh out loud and yet, they also made me a little bit sad, but such is the nature of the Cold Feet phenomenon, there's always a clever mix of light and shade which is continued in this novel. * Jaffa Reads Too * I loved it. The characters have been captured so well and it just feels so like Mike Bullen's creation. Harrington has understood the characters exceptionally well, and I loved taking the journey with them. Their voices ring out from every page, and I love the fact that I learnt more about them and their journey. Harrington should be very proud - it really is fabulous! * Margaret Conway, Line Producer Cold Feet *

Sunday Times Bestseller Carmel Harrington is from Co. Wexford, where she lives with her husband Roger and two young children, Amelia and Nate. Her latest books are The Woman at 72 Derry Lane and The Things I Should Have Told You, and her other bestsellers include Every Time A Bell Rings, The Life You Left and Kindle Book of the Year 2013 winner Beyond Grace's Rainbow. Carmel's books are published worldwide, and have been translated into eight languages to date. She is a regular on Irish television as a panellist on TV3's Elaine Show. In addition, she is Chair of Wexford ... 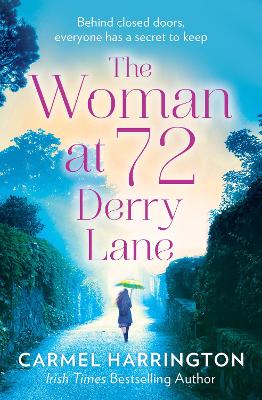 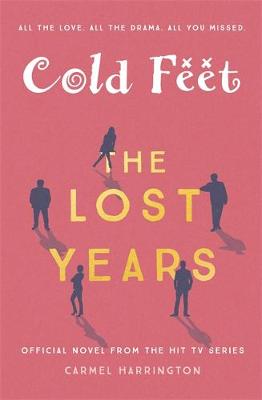 View All Books By Carmel Harrington