Should You Ask Me

Should You Ask Me Synopsis

'I've come about the bodies. I know who they are.' Just before D-Day in 1944, on the Isle of Purbeck in Dorset, an elderly woman walks into a police station. She has information, she says, about human remains recently discovered nearby. The bodies could have stayed buried for ever - like the pain and passion that put them there. But Mary Holmes is finally ready to tell the truth. The young constable sent to take her statement is still suffering from the injuries that ended his army career. As he tries to make sense of her tale, William finds himself increasingly distracted. Mary's confession forces his own violent memories to the surface - betrayals and regrets as badly healed as his war wounds. Over six days, as pressure builds for the final push in Europe, two lives reveal their secrets. Should You Ask Me is a captivating story about people at their worst and best: raw, rich, and utterly compelling. 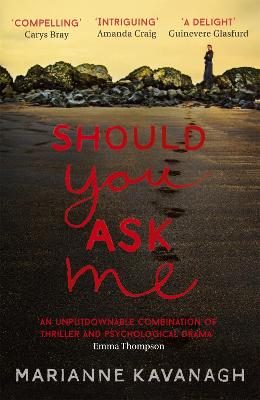 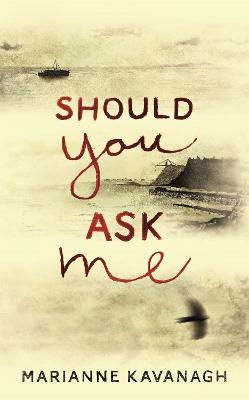 Marianne Kavanagh is an author and journalist. She has worked on staff for Woman, Tatler, the Sunday Telegraph magazine and British Marie Claire, and has contributed features to a wide variety of newspapers, magazines and websites. She lives in London.

View All Books By Marianne Kavanagh