In the vein of Hannah Kent's Burial Rites, THE WATCH HOUSE by Bernie McGill is the story of the modern world arriving on Rathlin, a remote Irish island, at the very end of the nineteenth century, with dramatic consequences for a young woman named Nuala. As the twentieth century dawns on the island of Rathlin, a place ravaged by storms and haunted by past tragedies, Nuala Byrne is faced with a difficult decision. Abandoned by her family for the new world, she receives a proposal from the island's aging tailor. For the price of a roof over her head, she accepts. Meanwhile the island is alive with gossip about the strangers who have arrived from the mainland, armed with mysterious equipment which can reportedly steal a person's words and transmit them through thin air. When Nuala is sent to cook for these men - engineers, who have been sent to Rathlin by Marconi to conduct experiments in the use of wireless telegraphy - she encounters an Italian named Gabriel, who offers her the chance to equip herself with new skills and knowledge. As her friendship with Gabriel opens up horizons beyond the rocky and treacherous cliffs of her island home, Nuala begins to realise that her deal with the tailor was a bargain she should never have struck.

I should like to applaud the strength and clarity of Bernie McGill's novel The Watch House, set on Rathlin Island at the turn of the 20th century, and awash in old rituals and impending transformations, in loyalties and enmities and all manner of local witchery. -- Patricia Craig * Irish Times Books of the Year * Displays the surest instinct for human nature in all its complexity and fascination... endlessly intriguing and exhilarating -- Patricia Craig * Dublin Review of Books * A lyrical, wonderfully atmospheric novel * Sunday Express * An evocative novel that's brimming with suspense... [it] reels you in and keeps a grip on you until the very end * The Incubator * The Watch House is beautiful and lyrical, tender and fierce; one of those rare novels, with the power to break you clean in two... Bernie McGill writes with such lightness of touch and tremendous heart... this is storytelling at its best -- Guinevere Glasfurd-Brown Hard to put down, this atmospheric book will stay with you long after the final, heart-rendering denouement * Belfast Telegraph * A novel to haunt you * Sunday Mirror * McGill proves once again she is a masterful storyteller . . . historical fiction at its absolute best * Lady * McGill writes about life, love and telegraphy with a poet's clarity * The Sunday Times *

Bernie McGill was born and raised in Northern Ireland and attended Queen's University, Belfast. Her first novel, The Butterfly Cabinet, was published by Headline Review in 2011. Bernie is also the author of Sleepwalkers, a collection of short fiction (shortlisted for the Edge Hill Short Story Prize) and a contributor to three acclaimed anthologies of Irish women writers, The Long Gaze Back, The Glass Shore and Female Lines (New Island, 2015, 2016 & 2017). She has numerous theatre credits to her name. Bernie lives in Portstewart, Northern Ireland, with her family. 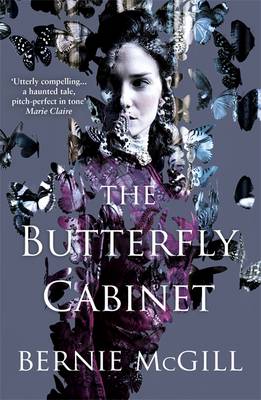