Part of the So You Think You Know Series

So you think you all about the Olympics? Have a go at these: Which country's population was granted a day's holiday when its men's football team won gold at the 2000 Olympics? At the 2012 games, only two stadiums used for the football events are Premier League grounds. Can you name both? Name one of the three sports that George Eyser, a man with a wooden leg, won at the 1904 Olympics. Whether you want to test your knowledge or are keen to learn more about the biggest sporting event EVER, here are over 1000 Olympic teasers that cover everything from the history of the games and sports knowledge to weird and wonderful trivia that will put even gold medallists to the test and will make sure that you're ready for this summer's olympics! 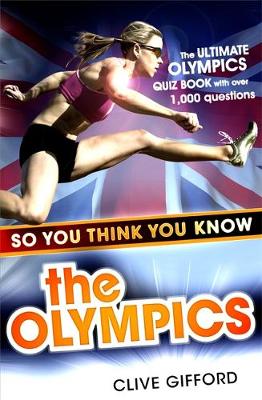 Clive Gifford is an award-winning author and editor of non-fiction children's books. He has written many titles in the So You Think You Know range of quiz books, covering everything from The Simpsons to the World Cup. Clive is a bit of an Olympics aficionado and has been waiting to write this book for years!

View All Books By Clive Gifford