Lost meets The Passage in this incredible new thriller, for all fans of The Shining Girls and Stephen King. They're here ... The boy. The boy watch the boy watch the dead people oh Lordy there's so many ... They're coming for me now. We're all going soon. All of us. Pastor Len warn them that the boy he's not to -- The last words of Pamela May Donald (1961 - 2012) Black Thursday. The day that will never be forgotten. The day that four passenger planes crash, at almost exactly the same moment, at four different points around the globe. There are only four survivors. Three are children, who emerge from the wreckage seemingly unhurt. But they are not unchanged. And the fourth is Pamela May Donald, who lives just long enough to record a voice message on her phone. A message that will change the world. The message is a warning.

The author's use of the oral-history format, with its shifting voices and points of view, is a stroke of genius: the reader is in a state of near-constant confusion at the beginning, which is slowly replaced by unease and then dread as the various commentators start to see the bigger picture. A very creepy, very effective novel. -- David Pitt * Booklist * One of the finest, freakiest horror novels I've read. -- Chuck Wendig Tiptoeing the tightrope between fantasy and horror * Daily Mail * It's reminiscent of Stephen King's CARRIE and THE THREE comes preloaded with praise from the master of horror himself. It deserves it: this high-concept thriller is a blast. * The Guardian * Sarah Lotz has just written the perfect horror story. This will be undoubtedly one of the best horror stories published in 2014. * The Book Plank * Compulsive reading * Marie-Claire * The finest thriller I've read in years. Dark, subtle and completely unputdownable, I was enthralled from the opening line to the last. -- Sarah Pinborough Sarah Lotz is a ferociously imaginative storyteller whose twisty plots will kick the stairs out from under you. She's a talent to watch. -- Lauren Beukes THE THREE is really wonderful. A cross between Michael Crichton and Shirley Jackson, hard to put down and vastly entertaining. -- Stephen King

Sarah Lotz is a screenwriter and novelist who pens novels under the name S.L Grey with author Louis Greenberg; YA novels with her daughter, as Lily Herne; and is one third of pseudonymous author Helena S. Paige. Lauren Beukes calls her 'a natural-born storyteller. Like the hand reaching up from the dark well, she'll drag you into her thrall. You'll come up gasping.' Sarah lives in Cape Town with her family and other animals. 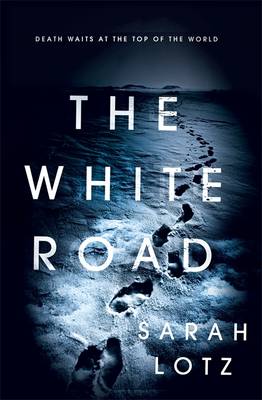 View All Books By Sarah Lotz