From Robin Sloan, author of Mr. Penumbras 24-Hour Bookstore, the story of Mr. Penumbras first trip to San Franciscoand of how he got entangled with the citys most unusual always-open enterprise . . . It is August 1969. The Summer of Love is a fading memory. The streets of San Francisco pulse to the sounds of Led Zeppelin and Marvin Gaye. And of jackhammers: A futuristic pyramid of a skyscraper is rising a few blocks from City Lights bookstore and an unprecedented subway tunnel is being built under the bay. Meanwhile, south of the city, orchards are quickly giving way to a brand-new industry built on silicon.But young Ajax Penumbra has not arrived in San Francisco looking for free love or a glimpse of the technological future. He is seeking a bookthe single surviving copy of the Techne Tycheon, a mysterious volume that has brought and lost great fortune for anyone who has owned it. The last record of the book locates it in the San Francisco of more than a century earlier, and on that scant bit of evidence, Penumbras university has dispatched him west to acquire it for their library.After a few weeks of rigorous hunting, Penumbra feels no closer to his goal than when he started. But late one night, after another day of dispiriting dead ends, he stumbles across a 24-hour bookstore, and the possibilities before him expand exponentially . . . 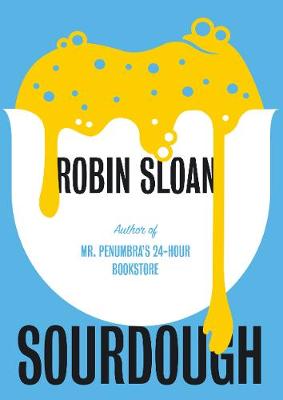 View All Books By Robin Sloan