Sweep: The Story of a Girl and Her Monster

Sweep: The Story of a Girl and Her Monster Synopsis

From the New York Times bestselling author Jonathan Auxier comes an enchanting standalone novel about the power of friendship and the beauty of finding home Nan Sparrow is one of London's countless climbers -children who spend their days cleaning chimneys. The work is brutal and dangerous. Thanks to her wits and will, Nan has managed to beat the deadly odds time and time again. But when she gets stuck in a chimney fire, it seems the end has come. Instead, she awakens to find herself unharmed in an abandoned attic. And she is not alone. Huddled in the corner is a mysterious creature-a golem-made from soot and ash. Together, these two outcasts carve out a new life-saving each other in the process. Lyrically told by one of today's most powerful storytellers, Sweep is a heartrending adventure about the everlasting gifts of friendship and wonder.

Sweep: The Story of a Girl and Her Monster Press Reviews

A stunning historical fantasy novel about the power of friendship, our potential for courage, and the beauty of remembering loved ones . . . Excellent writing and skillful integration of historical fact with compelling characters make this a must-buy. -- School Library Journal **STARRED REVIEW** Weaving together strands of Jewish folklore (Nan calls Charlie a soot golem ), Blake's Songs of Innocence and Songs of Experience, Shelley's Frankenstein, the history of child-labor reform, and his own threads of magical realism, Auxier crafts a beautiful, hopeful story out of some ugly realities of nineteenth-century British life. -- Horn Book Magazine **STARRED REVIEW** This dazzling, warmhearted novel contemplates selflessness and saving, deep love and what makes a monster. -- Publishers Weekly **STARRED REVIEW** The novel doesn't inch from the difficulties of life for poor and orphaned children in nineteenth-century London, but its dominant tone is one of warmth . . . This bittersweet coming-of-age tale will leave readers with the notion that even young people can make a difference when they raise their voices about issues they care about. -- The Bulletin of the Center for Children's Books **STARRED REVIEW** Jonathan Auxier weaves a magical spell that draws readers right into the stark, gritty streets of Victorian London . . . Readers will be entranced. -- School Library Connection **STARRED REVIEW** Auxier wipes away the grime from a bleak chapter in history, where children were forced to work dangerous jobs that claimed many lives. He questions what makes one a monster and applauds helping others, activism, education, earthly marvels, and the possibility of magic. Nan's fiery personality will attract readers like moths, and Auxier's unusual blend of mythology and history will keep them transfixed. -- Booklist **STARRED REVIEW** Auxier (The Night Gardener, 2014, etc.) turns his imaginative whimsy and lyrical prose to a real historical horror; while never gratuitous, he does not shy away from the appalling conditions under which children labor, nor does he ignore the sacrifices and struggle to abolish the practice. The inclusion of two (possibly three) Jewish characters suggests the intertwining of anti-Semitism and class exploitation, while references to such authors as William Blake, Daniel Defoe, and Mary Shelley demonstrate how literature could fire imaginations and highlight oppression. -- Kirkus Reviews

Jonathan Auxier is the New York Times bestselling author of The Night Gardener, Sophie Quire and the Last Storyguard, and Peter Nimble and His Fantastic Eyes, which the Wall Street Journal called as delightful a magical story as readers . . . will hope to find. He lives in Pittsburgh with his family. 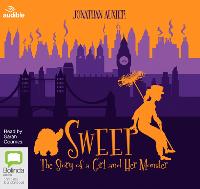 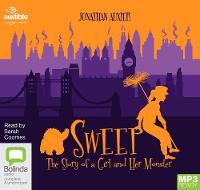 View All Books By Jonathan Auxier