Mourinho: Further Anatomy of a Winner

FULLY UPDATED WITH JOSE MOURINHO'S SENSATIONAL RETURN TO CHELSEA When Jose Mourinho realised as a teenager that he was never going to be a great player, he decided he was going to become the best coach in the world. From translator and assistant to Sir Bobby Robson at Barcelona to multiple league and Champions League-winning manager at Porto, Chelsea, Inter Milan, Real Madrid and now Chelsea once again, Jose Mourinho's ascent has been rapid. FURTHER ANATOMY OF A WINNER is the definitive account of the life and psychology of one of the greatest football managers of all time. 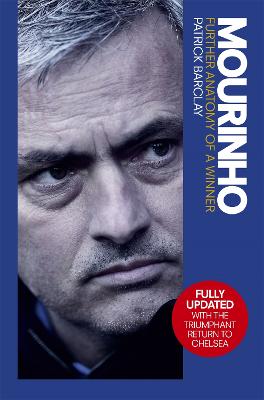 Patrick Barclay is the football columnist for the Sunday Telegraph and has won the Sports Journalist of the Year award. He has previously worked for the Independent, Guardian and Observer. Follow him on Twitter at https://twitter.com/paddybarclay.