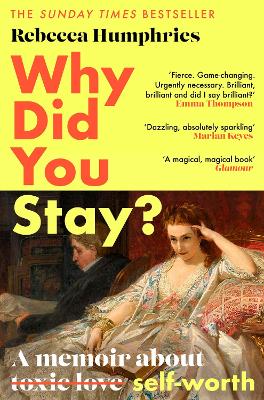 Why Did You Stay?

"Forced into victimhood by a story that flung her into the public eye, Humphries’ funny, heartfelt and brave memoir is an unflinching look at why she stayed with Him and how it went from being fairytale perfect to one of the most public break ups ever after a Strictly affair."

Rebecca Humphries is not a victim. She changed that when she turned to Twitter in 2018 after her famous boyfriend was caught kissing his Strictly Come Dancing partner. She'll never forget those words that turned her world on an axis, "The Sun have got pictures of me and the dancer kissing". As Humphries' says: "How is it that the coolest, cleverest, sexiest women allow their brilliance to be drained in the name of love?"

How does any woman?

The cheater is never named in the book (I still don't know His name), but I suppose that is the point. Humphries and the cheater met on the set of a TV Show. It was a whirlwind romance, like a dream come true. They had an urgency for life, for mischief, for being famous. Fun.

Until it wasn't. Until the mischief, the fame, the fun was focussed on someone else.

Her ex's dishonest, manipulative, controlling behaviour wasn't new. Multiple affairs came out afterwards. But for the first time his behaviour forced her to lift the lids of boxes in her brain that she had squirrelled away, too scared to confront. The book maps two timelines, chapter by chapter and it's a rollercoaster of emotion,  of revelations, admissions, painful truths, of strength, of bravery.

She left because enough was enough, she knew the truth, she is capable of much more, her friends supported her through it,  because it wasn't love.

This could have been done so differently, but it's done with grace, with honesty, with empathy. “This isn’t a story about how a monster corrupted a princess,” writes Humphries. “It’s about how a relationship began to change as a result of two people’s sense of self-worth, and I have empathy for both parties.”

Free of the toxicity, Humphries began to rebuild her life. She has since appeared in multiple high-profile TV shows, written for Vogue, Elle, The Guardian and The Telegraph and has spoken at the House of Commons about gaslighting and the media.

Why Did You Stay? is a story of empowerment, of taking back control of your life, of giving hope to others who feel lonely, trapped and oppressed. It's a story of self worth, of getting back your sparkle and I am sure it will help others. And it's more than that, it's a bloody good read. Humphries is funny, she's fierce and I have no doubt that she has more brightness on the horizon.

Why Did You Stay? Synopsis

Actor, writer and hopeless romantic Rebecca Humphries had often been called crazy by her boyfriend. But when paparazzi caught him kissing his Strictly Come Dancing partner, she realised the only crazy thing was believing she didn't deserve more.

Forced into victimhood by the story, Rebecca chose to reclaim her power, posting her thoughts on social media, including advice for other women who might be experiencing what she realised she'd managed to escape: a toxic, oppressive relationship. A flood of support poured in, but amongst the well-wishes was a simple question with an infinitely complex answer: 'If he was so bad, why did you stay?'

Empowering, unflinching and full of humour, this book takes that question and owns it. Using her relationship history, coming of age stories and experiences since the scandal during Strictly, Rebecca explores why good girls are drawn to darkness, whether pop culture glamourises toxicity, when a relationship 'rough patch' becomes the start of a destructive cycle, if women are conditioned for co-dependency, and - ultimately - how to reframe disaster into something magical.

'The best [book] about relationships since Three Women' CAROLINE SANDERSON, THE BOOKSELLER

'So funny and heart-breaking. So stunningly written. For any woman who has been asked 'why did you stay?', Rebecca Humphries' book is a hilarious and brilliant read' SUSAN WOKOMA

'So thoughtful and moving and funny and sad and great, I love it so, so much. I resented having to put it down' DAISY BUCHANAN

'A memoir every woman needs to read' RED MAGAZINE

'This book isn't an ice-cold revenge opus; it's a diary of self-discovery, a celebration of friendship, resilience and finding one's self-worth...is it worth the hype? Absolutely: I had to stop myself from reading it one grateful gulp' LAURA PULLMAN, STYLE

Rebecca has written for Vogue, Elle, the Guardian and the Telegraph on relationships, singledom and womanhood. In 2019 she spoke at the House of Commons on behalf of the organisers of the Women's March London about gaslighting and the media.

As an actress, Rebecca has most recently appeared in Ten Percent (Amazon Prime), The Crown (Netflix) and Friday Night Dinner (Channel 4).

All of the above has happened following her public break up in 2018.

More About Rebecca Humphries
Add To Wishlist
Buy from our bookstore and 25% of the cover price will be given to a school of your choice to buy more books. 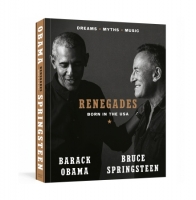 A Very Private Diary A Nurse in Wartime