The Philosophy of Symbolic Forms, Volume 2

The Philosophy of Symbolic Forms is one of the landmarks of twentieth century philosophy. Drawing from the influential work of Wilhelm Dilthey, it transformed neo-Kantianism into a new robust philosophy of culture. The second volume, on Mythical Thinking, analyzes the fundamental layers of perception and expression as well as the articulations with religion and the dialectic with other forms, essentially language and art. The intellectual breadth of the volume is remarkable. It initiated the debate with Martin Heidegger and prompted a long-lasting meditation by Hans Blumenberg. We are only beginning to recognize its importance for our understanding of the power of images in the construction of aesthetics, the self, and the socio-political world. It initiated a discussion within French sociology (Emile Durkheim, Marcel Mauss) that ultimately resurfaced in Pierre Bourdieu, while today it is considered as a resourceful path for cultural and critical theory (Drucilla Cornell and Kenneth M. Panfilio). Finally, this volume also offers solid grounds for a political critique of Nazism - specifically: Alfred Rosenberg's Myth of the 20th Century and Adolf Hitler's Mein Kampf - as well as the new emerging totalitarian ideologies. Fabien Capeilleres, Professor of Philosophy, editor of the French edition of Cassirer's Works. This new translation makes Cassirer's seminal work available to a new generation of scholars. Each volume includes a translator's introduction by Steve G. Lofts, a foreword by Peter E. Gordon, a glossary of key terms, and an index. 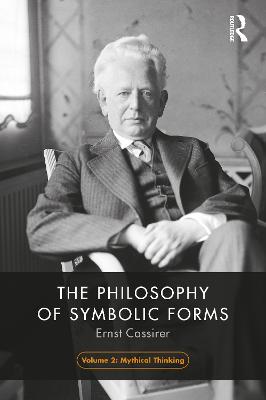 Ernst Cassirer was born in Germany 1874 in the city of Breslau (now Wroclaw, Poland). He taught at Hamburg University from 1919 to 1933, and then at All Souls College, Oxford, before emigrating to Sweden and then to the United States. Through its creative interpretation of Kant's philosophy combined with a deep knowledge of the role of language and culture, Cassirer's work is regarded as indispensable to understanding the relationship between the two major traditions in twentieth-century philosophy, the analytic and the continental . Cassirer's philosophy is unique, as it sought a common ground between the scientific and humanistic worldviews which frequently divided these ...

View All Books By Ernst Cassirer