LONGLISTED FOR THE PENDERYN MUSIC PRIZE 2017 The coke-fuelled mania behind pop's greatest successes Tom Watkins is the famously entertaining pop Svengali with killer commercial instincts and prodigious talent for design. He propelled the Pet Shop Boys, Bros and East 17, among others, to global stardom, all whilst maintaining a savage hedonistic lifestyle and a stellar art collection. His fingerprints are all over British pop, and he's decided the time has come for a tell-all autobiography about the business behind the stars that shaped your life in the 80s and 90s. Follow Tom's journey from his humble boyhood in post-war South-East London, to his teenage misdeeds and the birth of Rock and Roll; his days as a design student under the tutelage of Terence Conran and Rodney Fitch, to the excesses of the 80s and 90s where he became one of the original boy band innovators - the driving force behind the pop icons plastered on the walls of teenage girls' bedrooms. Funny, unstoppable and outspoken, a razor-sharp and greatly respected businessman, marketing visionary, designer and art collector, Tom takes us through his extraordinary and colourful life into the inner-circle of 80s pop-culture. From hobnobbing with Bruce Sprinsteen to bust-ups with Bros, Tom has seen it all. Expect a gripping, gossipy, meticulously researched memoir of the drug-addled 80s and 90s, layered on top of an insightful and intelligent portrait of a recent but very different age, from the singular perspective of a man who played a huge role in defining the era and paved the way for industry moguls like Simon Cowell and Louis Walsh.

A brutally honest memoir * Sun * Let's Make Lots of Money is as brash as its title ... [it has a] waspishness that makes it so readable. * GQ * Unapologetic and outspoken ... [a] hugely entertaining tell-all biography. Gripping and gossipy, hilarious and forthright, yet insightful and self-knowing, Let's Make Lots of Money is everything an 80s music mogul memoir should be, and more. * Boyz * Outspoken and unapologetic ... gossipy, refreshingly frank and disarmingly insightful, this entertaining biography is packed with stories and anecdotes ... Music to our ears * Attitude * A highly enjoyable memoir, the book's depiction of Eighties excess is an absolute must... * Classic Pop *

Music mogul, design visionary, businessman, cultural commentator and art collector Tom Watkins was born in post-war Blackheath, South-East London. He started his career working for Terence Conran and Rodney Fitch before taking his passion for design into music. His influence can been seen all over 80s pop-culture, on the album sleeves of Wham, Grace Jones, Art of Noise and Frankie Goes to Hollywood among others. Tom is perhaps best known as the music manager and marketing genius behind the Pet Shop Boys, Bros and East 17. One of the pioneers of the boy band, Tom helped shaped pop music as we ... 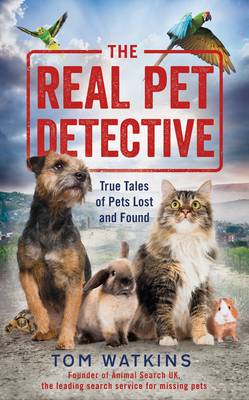 View All Books By Tom Watkins