The Nature Of The Beast

The Nature Of The Beast Synopsis

Douglas Petty is a man who enjoys his reputation as an unreconstructed male with a penchant for too much wine and too many women. Inheriting his father's eccentric estate and dog sanctuary quietened him a little, and marriage to Amy a little more. Even so, it seemed out of character for him a sue a tabloid newspaper for libel when it printed a scurrilous story about him. His lawyers told him he had a good chance of winning the case, mainly because Amy's testimony would clearly refute the story. But then Amy is involved in a horrendous train crash and while the authorities assume she died in the resulting fire, there is no body to prove it. And if she wasn't killed why has she disappeared and, with no money and no other family, where is she? In a story of mesmerising suspense, Amy slowly reveals why she cannot return to her beloved home, and why she can never escape from the lies she was told as a child.

The Nature Of The Beast Press Reviews

Fyfield knows how to keep the reader gripped right until the end...an intriguing read. - MAIL ON SUNDAY A book that grips from the beginning. - SUNDAY TELEGRAPH A black but compelling thriller which keeps you guessing until the end. - SUNDAY EXPRESS Fyfield manages to tell a moving tale; wonderfully written and full of original moments. - THE TIMES

Frances Fyfield has spent much of her professional life practising as a criminal lawyer, work which has informed her highly acclaimed crime novels. She has been the recipient of both the Gold and Silver Crime Writers' Association Daggers. She is also a regular broadcaster on Radio 4, most recently as the presenter of the series 'Tales from the Stave'. She lives in London and in Deal, overlooking the sea which is her passion. 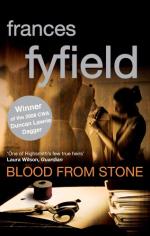 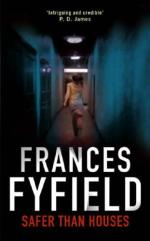 View All Books By Frances Fyfield