Eugene Richards is one of America's greatest living social documentary photographers. His intense vision and unswerving commitment to documenting the plight of the disadvantaged has produced powerful work on topics such as drug addiction, poverty, the mentally disabled, ageing and the personal consequences of war. The Blue Room is his first colour project, a moving, highly personal project that brings together the themes that encompass all of Richards' work - what he describes as the 'transient nature of things'. The photographs are portraits of the abandoned and forgotten houses of western America in areas such as the plains of Kansas, Nebraska, New Mexico and the Dakotas. In the early twentieth century, railroads lured settlers west with the promises of homesteads and towns rose across the plains. But in the wake of the Depression and the dust storms of the 1930s the towns faltered then failed. Richards enigmatic photographs of these forgotten homes are a meditation on memory and loss - family photographs stuck on a wall, a wedding dress hanging in a bedroom, snow falling on a bed by an open window, a wild horse standing at an open kitchen window. Richards' contemplative, beautiful photographs inspire us to imagine the lives of the former occupants, and make a quiet statement on the inevitability of the circle of life and death, and the vulnerability of man in the face of shifting economic opportunities and the climate.

Having made his name with his black-and-white urban reportage, [Richards'] belated move to colour dismayed some of his faithful [...] but it seemed to me to be a successful reinvention rather than a late mellowing-out. Taken from his recent book, The Blue Room, Richards' large colour prints of abandoned houses and landscapes in the American south were evocative and elegiac... This is William Eggleston's weird southern gothic reworked as a remembrance of things long gone... The master of monochrome moves into colour and evokes a vanishing American deep south, revealing a late-flowering Romanticism in sumptuous landscapes and decaying interiors. -The Observer 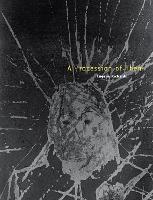 View All Books By Eugene Richards