True History of the Kelly Gang

THE BOOK THAT INSPIRED THE MAJOR MOTION PICTURE, TO BE RELEASED IN CINEMAS 28TH FEBRUARY 2020 'Extraordinary . . . So mesmerising and moving.' Mail on Sunday 'Vastly entertaining.' New York Times To the authorities in pursuit of him, Ned Kelly is a horse thief, bank robber and police-killer. But to his fellow Australians, Kelly is their own Robin Hood. In a dazzling act of ventriloquism, Peter Carey's Booker Prize-winning novel of adventure and heroism brings the famous bushranger wildly and passionately to life. 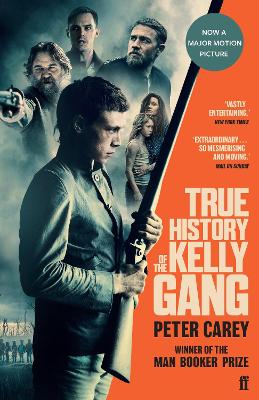 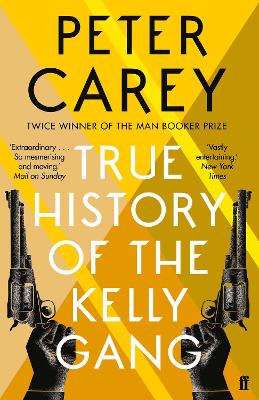 Peter Carey received the Booker Prize for Oscar and Lucinda and again for True History of the Kelly Gang. His novel, Parrot and Olivier in America, was shortlisted for the Man Booker Prize and was a finalist for the National Book Award in 2010. His other honours include the Commonwealth Prize and the Miles Franklin Award. Born in Australia, he has lived in New York for twenty years. www.petercareybooks.com