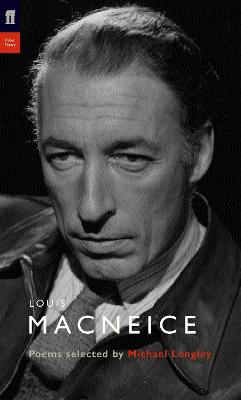 In this series, a contemporary poet selects and introduces a poet of the past. By their selection of verses and by the personal and critical reactions they express in their introductions, the selectors offer a passionate and accessible introduction to some of the greatest poets in history. Louis MacNeice was born in Belfast in 1907 and educated at Marlborough and Merton College, Oxford. For most of his working life he was a writer and producer for BBC radio. His death in 1963 was sudden and unexpected.

Michael Longley was born in Belfast in 1939, and educated at Trinity College, Dublin, where he read Classics. He has published eleven collections of poetry including Gorse Fires (1991) which won the Whitbread Poetry Award, The Weather in Japan (2000) which won both the Hawthornden Prize and the T. S. Eliot Prize, and The Stairwell (2014) which won the Griffin International Prize. His Collected Poems appeared in 2006. In 2001 he received the Queen's Gold Medal for Poetry, and in 2003 the Wilfred Owen Award. He was appointed a CBE in 2010, and from 2007 to 2010 was Ireland Professor of Poetry. In 2015 he was elected a Freeman of the City of Belfast. His most recent collection, Angel Hill, appeared in 2017, as did Sidelines: Selected Prose 1962-2015. He was awarded the 2017 PEN Pinter Prize.